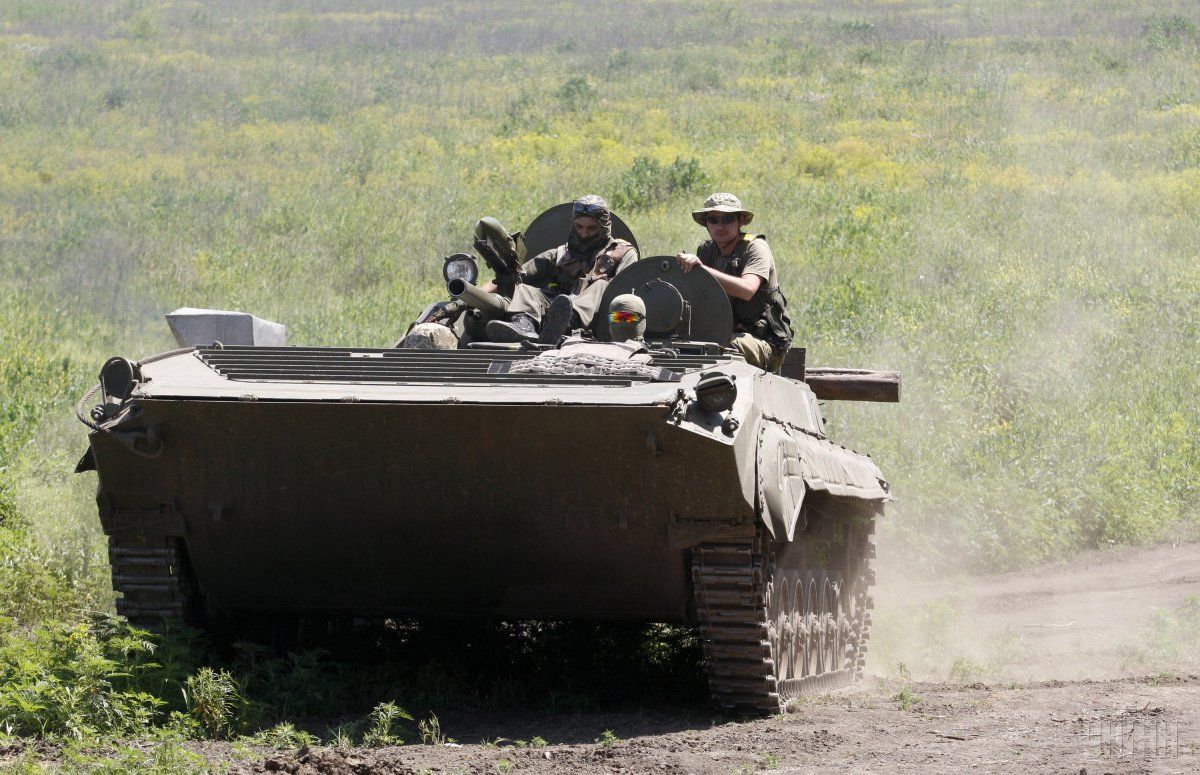 In the Donetsk sector, the occupiers used banned 122mm heavy artillery systems in the village of Luhanske.

They fired 82mm mortars dozen times on the Ukrainian fortified positions in the town of Avdiyivka, and the villages of Verkhniotoretske, Kamianka and Novoselivka Druha. Further, grenade launchers and heavy machine-guns were used there.

Read alsoRussian proxies attack Ukraine 61 times in last day amid escalationThe Russian-backed militants fired rocket-propelled grenades and machine guns on the Ukrainian fortified positions near the village of Zaitseve, Luhanske, Novhorodske and Nevelske. They engaged armored vehicles in the villages of Verkhniotoretske, Novhorodske, and Maiorsk. An anti-aircraft gun was also fired in that direction.

In the Mariupol sector, the enemy used 120mm and 82mm mortars and launched more than a hundred mines on the Ukrainian positions in the town of Krasnohorivka, and the villages of Talakivka, Novotroyitske and Shyrokyne.

What is more, illegal armed groups fired rocket-propelled grenades and heavy machine-guns in the village of Hnutove. The militants actively used armored vehicles near Shyrokyne and the town of Maryinka. An enemy sniper opened fire twice. There were also provocations with the use of small arms in the villages of Berezove and Vodiane.

Read alsoUkraine does not expect Russian offensive in near future – Ukraine MPIn Luhansk region, the situation was tense in the village of Novo-Oleksandrivka, which was attacked with the use of mortars of various calibers, automatic mounted and antitank grenade launchers. The town of Popasna came under small arms fire.

Russia's hybrid military force intensified aerial reconnaissance. The Ukrainian army recorded eight flights of enemy UAVs in the area of Shyrokyne-Vodiane, Luhanske-Troyitske, and near the militant-held city of Donetsk.