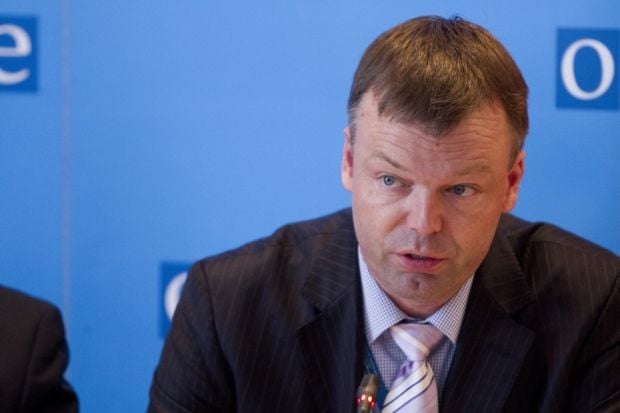 According to him, the images were made last Friday, August 12.

Read alsoRussia deploys more Grads, tanks in Donbas by rail: IntelHe also said that the monitors had spotted some other weapons banned by the Minsk peace agreements.

"They were just some of the proscribed weapons observed by the SMM in violation of respective withdrawal lines. On both sides of the contact line," he said.

Read alsoUkraine reports 2 KIA, 8 WIA in past 24 hours"The number observed did in fact almost double compared to the previous week," he added.

"In government-controlled Maryinka and the neighboring so-called 'DPR' (Donetsk People's Republic)-controlled Petrovskyi district of Donetsk city, heavy weapons – and those firing them – have made no distinction between civilians and combatants," he said.

He said that the monitors confirmed that three men had been killed and a 16-year-old girl injured in shelling on three separate days last week in Petrovskyi district.

"We also learnt that three of their neighbors in Maryinka – a woman and two boys aged eight and 13 – had suffered shrapnel injuries on two different days," he said.