Representative of the Main Intelligence Department of Ukraine's Defense Ministry, Vadym Skibitskyi, said that the Russian government may at any moment change the declared purpose of new military exercise carried out in Russia. 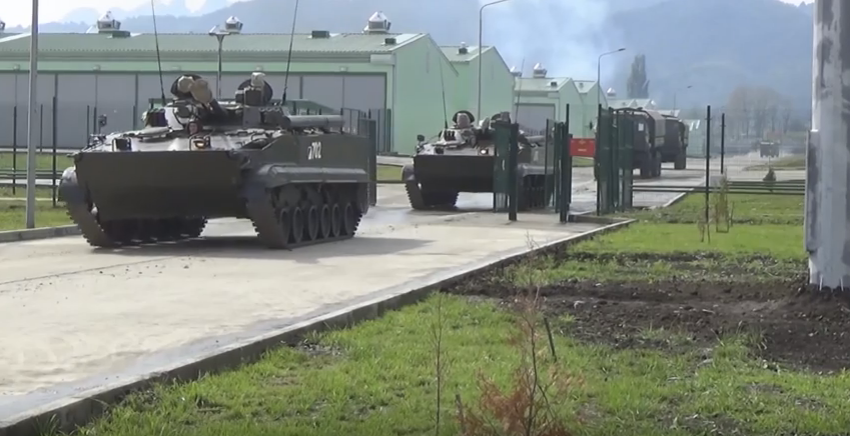 Skibitskyi made this statement commenting on Russia's sudden announcement of combat readiness check of military districts located at the border with Ukraine, Radio Liberty reported.

"This process is aimed at demonstrating Russia's military might. We do not rule out that the declared purpose of the exercise – to check the combat readiness of the Armed Forces – may be changed at any time upon order of the Russian state highest authorities," Skibitskyi said.

According to Skibitskyi, the threat for Ukraine emanating from Russia's sudden combat readiness check of its forces primarily relates to the building up of the Russian troops at the border with Ukraine.

"First of all, we must recall Russia's actions in past years. Kavkaz-2008 military exercise, when the main attack force was also set up that was involved in carrying out aggressive actions in Georgia. For the second time, a powerful military force was created during the Sochi 2014 Winter Olympics. Later that group was involved in the annexation of Crimea. For the third time, in the summer of 2014, there were also conducted exercises near the border with our country. A sudden check was also announced at that time. A powerful military group of the Russian troops was created near our borders, which later entered our territory and started Russia’s aggression against our country. It is precisely this threat that our country is facing," he said.

Skibitskyi added that the Ukrainian intelligence would continue monitoring the movements of Russian troops.

As UNIAN reported earlier, the sudden combat readiness check of the Russian military forces was declared from August 25 to August 31 in the Southern, Western and Central districts, as well as in the Northern Fleet. It also concerns the Air and Space Force and Airborne Troops.