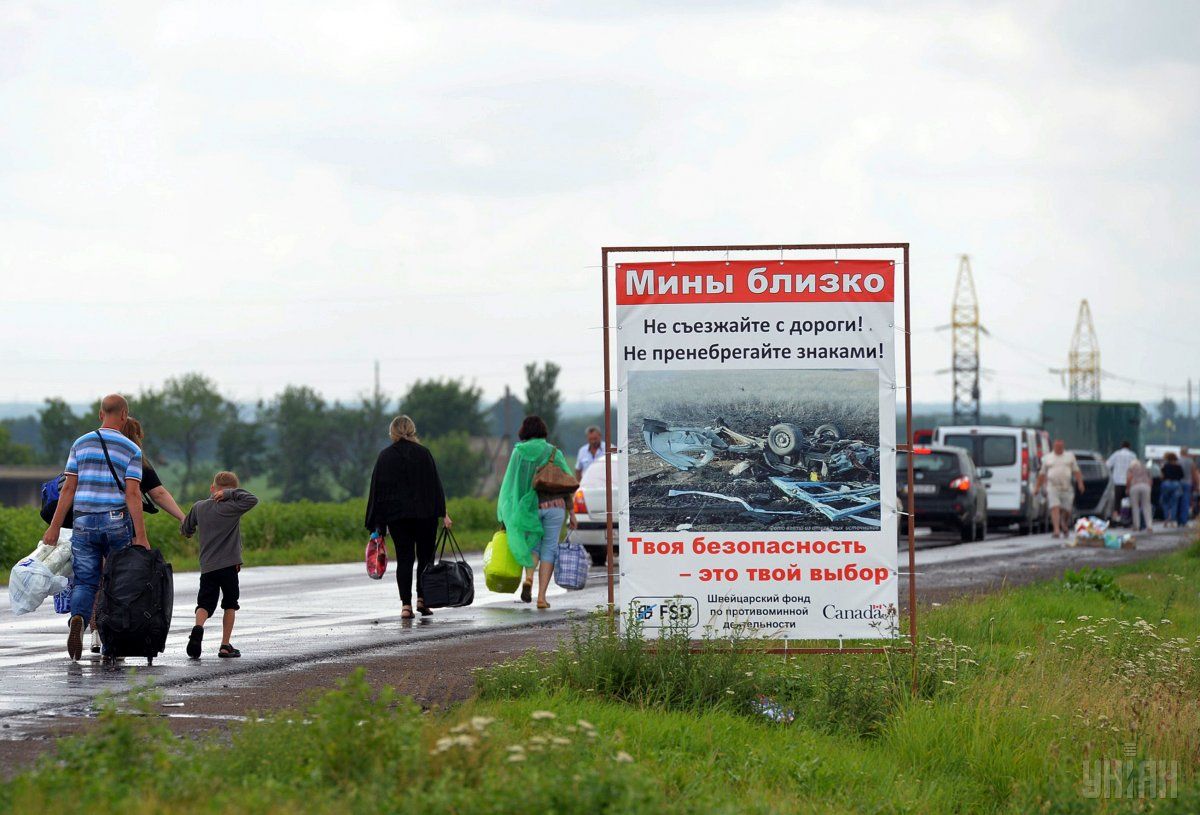 According to Slobodyan, at about 7:30 p.m. militants shelled the checkpoint in Maryinka using 80-mm mortars from the uncontrolled territory of the village of Oleksandrivka.

Slobodyan informed that the militants had fired more than ten shells that fell a few dozen meters away from premises of the checkpoint.

"There were no people at the checkpoint at that time. Border guards had to evacuate them and suspend the passage of persons and vehicles," Slobodyan wrote.

Read alsoHeaviest fire since Debaltseve battle recorded yesterday, 3 WIAHe noted that it was not the first case when the militants fired at the Ukrainian forces near a checkpoint during the passage of people.