The U.S. military representatives handed out the first five frontline ambulance vehicles BURTEK B4731 to Ukraine's Armed Forces, according to the press service of the Ukrainian Defense Ministry. 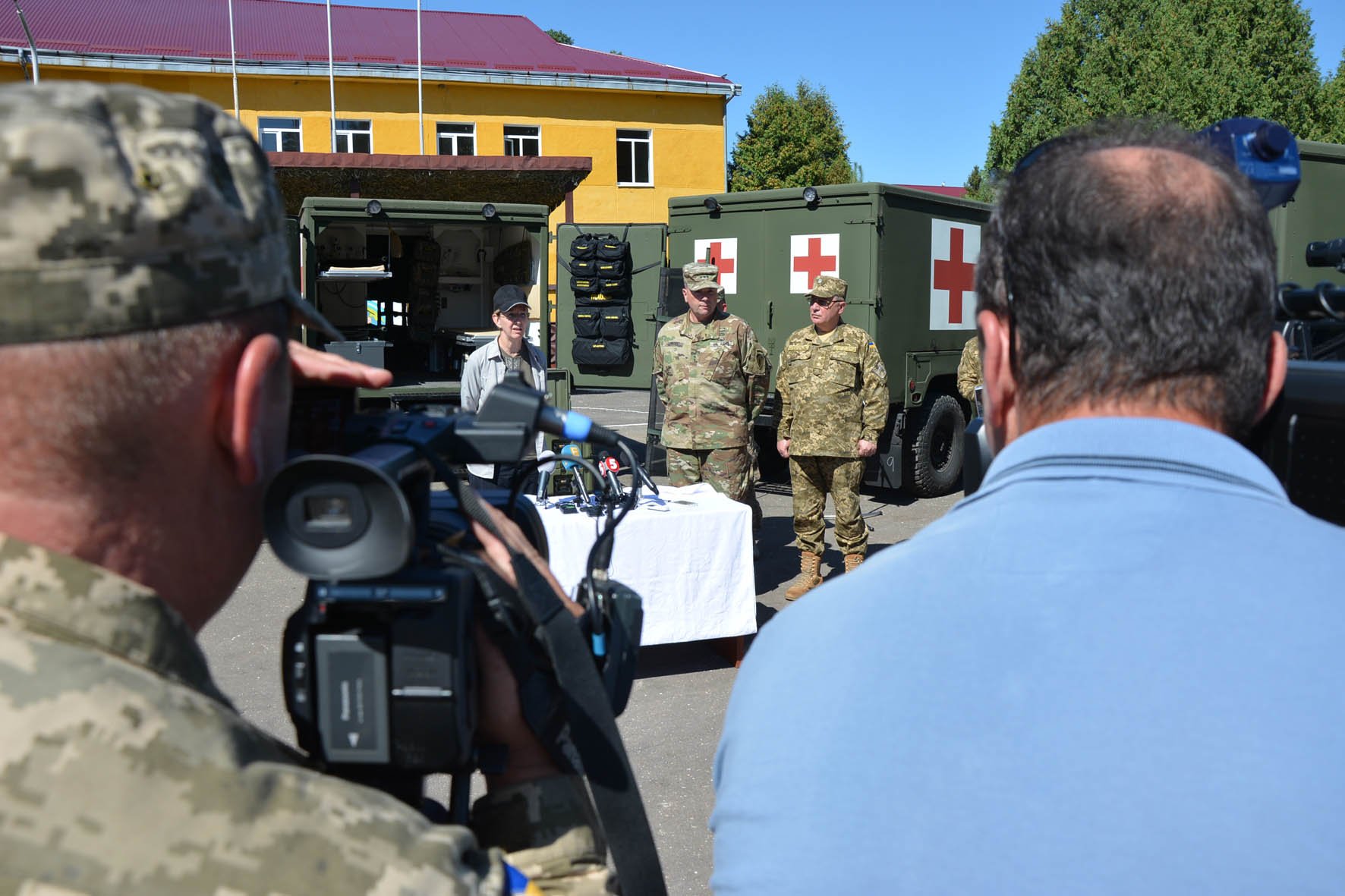 In total, forty such vehicles are planned to be delivered.

Lieutenant General of the United States Army Europe Ben Hodges has assured that the U.S. will continue to assist Ukraine in every possible way. It is noted that after proper training of the Ukrainian support and medical staff all the vehicles will be handed over to the military units that carry out tasks in the Anti-Terrorist Operation zone.

UNIAN memo. The frontline ambulance BURTEK B4731 is developed on the basis of Hummer. It can transport four patients on stretchers or six people seated. The compartment for the wounded soldiers is equipped with heating and air conditioning systems as well as oxygen supply systems for six patients and all the necessary devices to provide first medical aid.

As UNIAN reported earlier, the United States handed over a batch of new drones worth over US$ 12 million to the Armed Forces of Ukraine.