Russia's war in Ukraine: The medals and treacherous numbers – Bellingcat 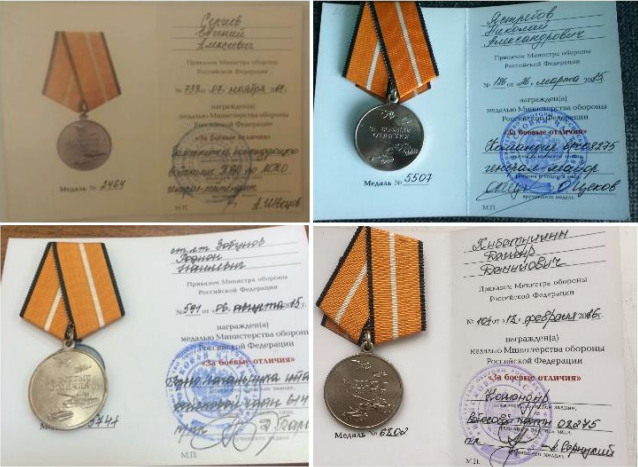 The war in eastern Ukraine goes by multiple names; most often, terms such as "Ukrainian civil war" or "Ukrainian conflict" are used to describe it. However, the implication that this is solely an internal conflict is heavily disputed and active Russian participation is widely accepted. While there is now plentiful evidence documenting the direct and decisive participation of Russian servicemen and the Russian armed forces in the fighting in eastern Ukraine since the summer of 2014, it is, however, not possible to support the various claims of the size of the Russian involvement using publicly available information, Bellingcat said in its report.

"Previously published analyses have identified Russian servicemen who have published images of the medals they were awarded. These images are valuable because most of the top Russian medals fall under a consecutive numbering system, which explicitly states the number of medals awarded to date. Therefore, images of two medals awarded on different dates allow us to calculate the number of awarded medals between these dates. The awards of four medals have been analyzed in this report. It is possible to demonstrate that the number of awarded medals, compared to the years before 2014, suddenly and strongly increased in 2014 and 2015. The large number of awarded medals for " Distinction in Combat" – 4,300 awards between September 11, 2014, and February 18, 2016 – strongly hints at larger combat operations with active Russian military involvement during this period. In summary, the data suggests that more than 10,000 medals of all four considered types were awarded during the considered period," the experts reported.

Therefore, it can be directly concluded that thousands of Russian servicemen participated in combat operations in 2014 and 2015 and were awarded medals for their actions during these operations.

The findings of the report support the claims that thousands of Russian servicemen were active in eastern Ukraine. With these findings, it is also possible to raise the low data-based estimate of the number of Russian servicemen involved in the fighting in the region significantly, using only open-source information.