Ukrainian intelligence officers have established the identity of Russian officers serving in the 5th separate motorized rifle brigade (military unit 08805, Makiyivka) of the 1st Army Corps of Donetsk of the Center of regional forces in Novocherkassk of the Southern Military District (Rostov-on-Don) of the armed forces of the Russian Federation. 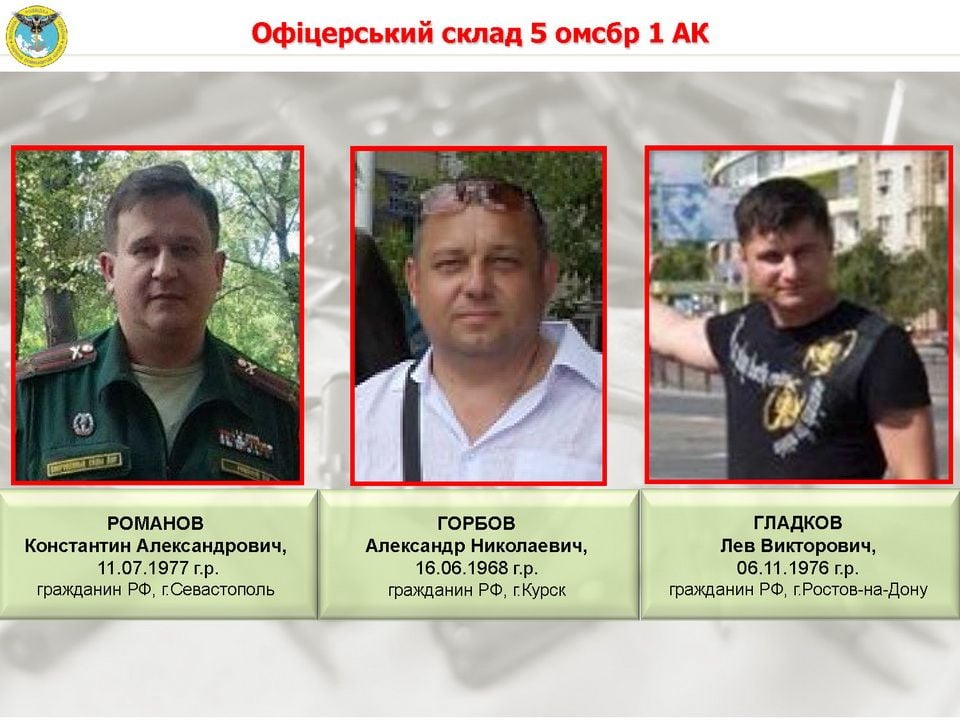 The Main Directorate of Intelligence of Ukraine's Defense Ministry

According to the report, these Russian military officers directly supervise the preparation and conduct of military operations in the Volnovakha area that are aimed at disrupting the Minsk agreements, along with the destruction of the civilian infrastructure in Donbas.

Further, intelligence has determined that on June 9, 2016, a tank unit from the 5th separate motorized rifle brigade fired upon the village of Novotroyitske, resulting in fires and the destruction of civilian homes. Eighteen Russian officers have been identified as being part of the 1st tank battalion of the brigade. 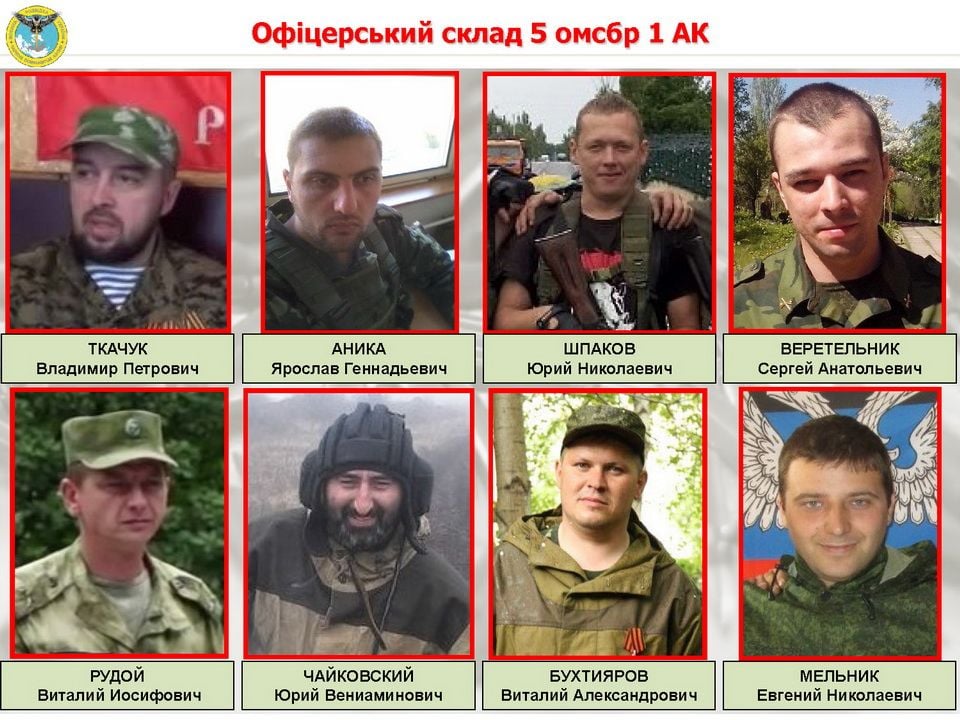 The Main Directorate of Intelligence of Ukraine's Defense Ministry

In addition, on August 15, a subdivision of the 1st motorized infantry battalion of the brigade made an attempt to assault the advancement in the neutral zone near the village of Novohnativka, having used infantry fighting vehicles.

Read alsoUkraine intel identifies dozens of Russian citizens fighting in Donbas (list, photos)Two weeks later, on August 30, the units of the 2nd motorized infantry battalion of the brigade fired upon the village of Taramchuk with a complex use of weapons, including anti-aircraft guns mounted on vehicles, anti-tank missile systems and grenade launchers.

Intelligence has also established the identity of 15 Russian officers working in the management and brigade staff levels, as well as 17 people working in the 1st and 2nd motorized infantry battalions.