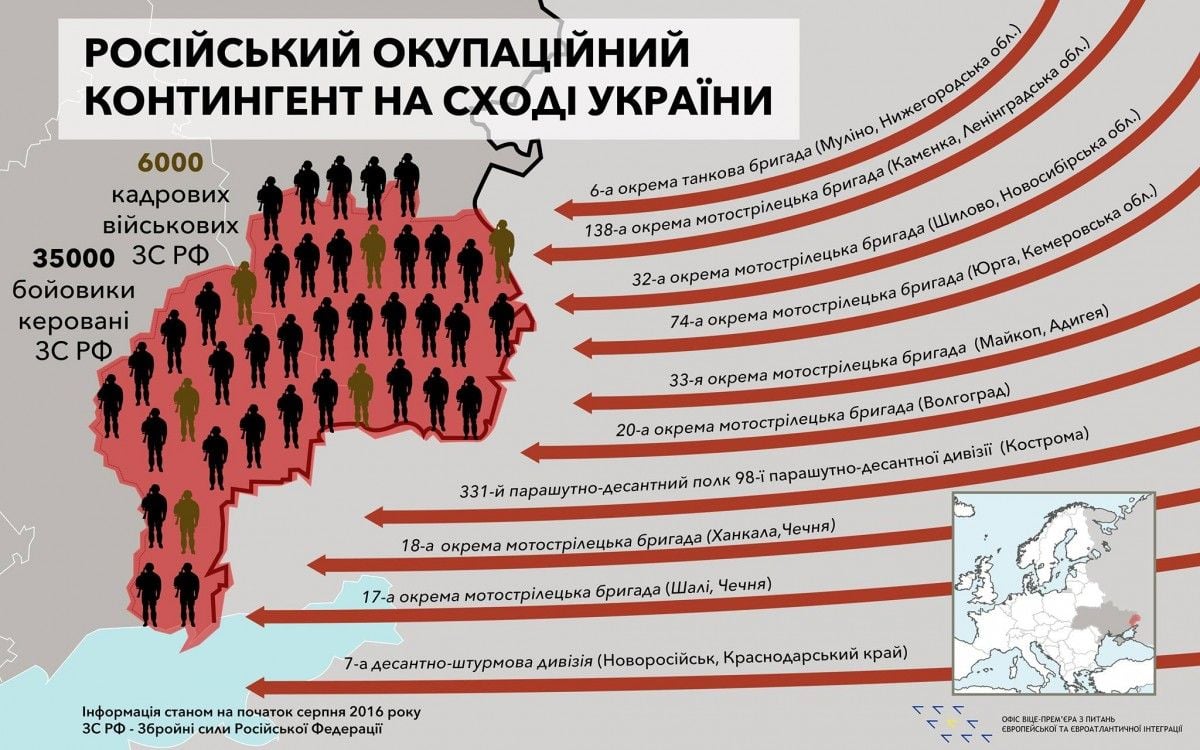 An infographics was also published, which disclosed the structure of Russian-occupation forces in Donbas.

Apart from a few tens of thousands of militants (local collaborators and mostly  mercenaries from the Russian Federation), the subdivisions from the regular units of the Russian Armed Forces are located in Donbas.

These are Russian military personnel with their weapons and equipment, who come into the territory of Ukraine from all over Russia.

Read alsoRussia amasses 100,000 troops in Donbas, Crimea, Ukraine border – Lysenko"The Russian military arrives in Donbas alternately, on a rotational basis, in small groups from among their brigades and divisions," the report says.

"They mainly occupy positions in the second and third line of defense and in the rear of the enemy command, mostly, and work with sophisticated military equipment and weapons and act as defensive squads," the report adds.