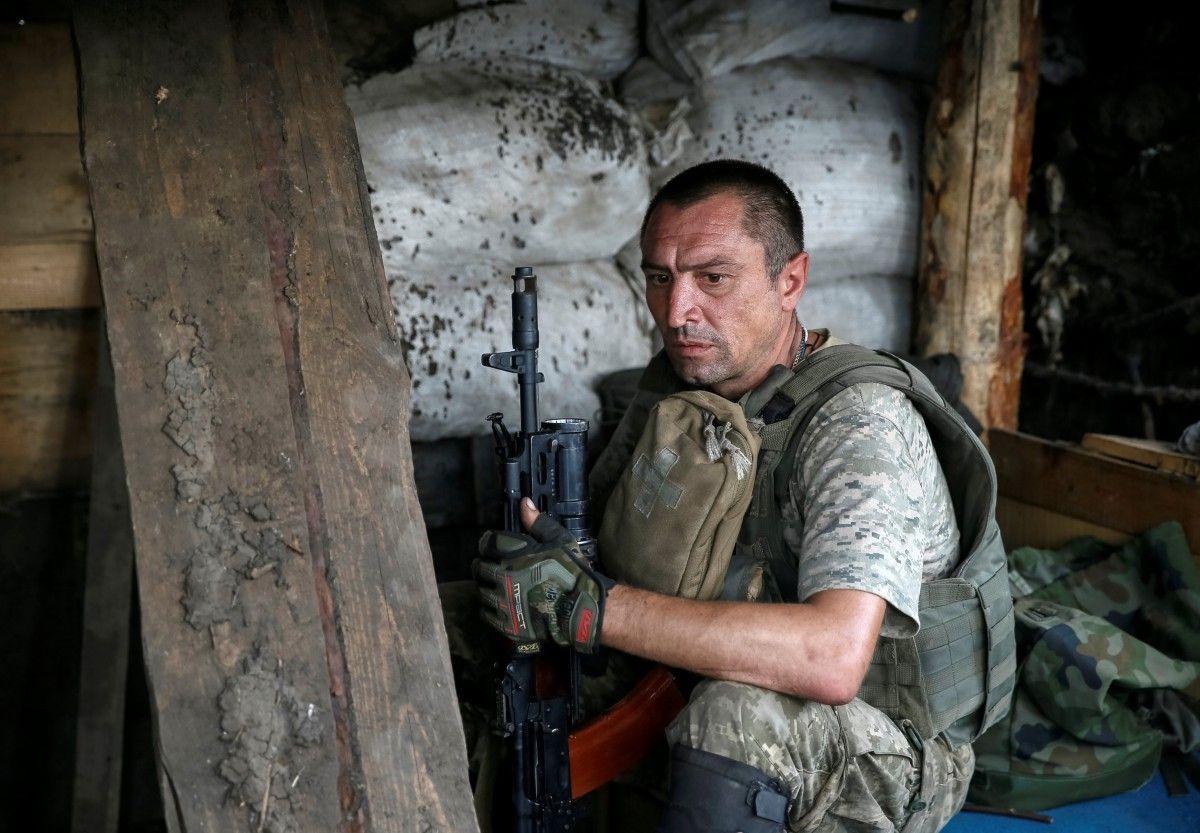 In the Mariupol sector, the enemy resorted to armed provocations in the village of Chermalyk, having using banned 122mm artillery systems on the Ukrainian fortified positions, as well as 82mm mortars on the defenders of the village of Shyrokyne and the town of Krasnohorivka. The militants also fired grenade launchers, machine guns and small arms on the town of Maryinka, and the villages of Hranitne, Starohnativka and Shyrokyne.

In the Luhansk sector, the occupiers fired from infantry fighting vehicles on the village of Novozvanivka, as well as rocket-propelled grenades, machine guns and small arms on the town of Popasna, and the villages of Novo-Oleksandrivka, Novozvanivka and Nyzhnioteple. At about 16:00 Kyiv time, the positions of one of the units of the Armed Forces of Ukraine near the village of Stanytsia Luhanska were attacked by an enemy sabotage and reconnaissance group. The Ukrainian military had to fire back.

Read alsoKlimkin explains why OSCE sees no Russian military in DonbasIn the Donetsk sector, Russia's hybrid military forces carried out provocative attacks on the Ukrainian positions in the town of Avdiyivka and the villages of Luhanske, Zaitseve, Verkhniotoretske and Novhorodske. Additionally, they used 120mm and 82mm mortars in Avdiivka.

As UNIAN reported earlier, a Ukrainian armed forces position near the village of Stanytsia Luhanska in Luhansk region was attacked by an enemy special forces unit at about 16:00 local time on Monday, September 12.

"As a result of fighting, two [Ukrainian] servicemen were killed in action (KIA), five were wounded (WIA), one is reported missing in action (MIA), the ATO HQ wrote on Facebook.