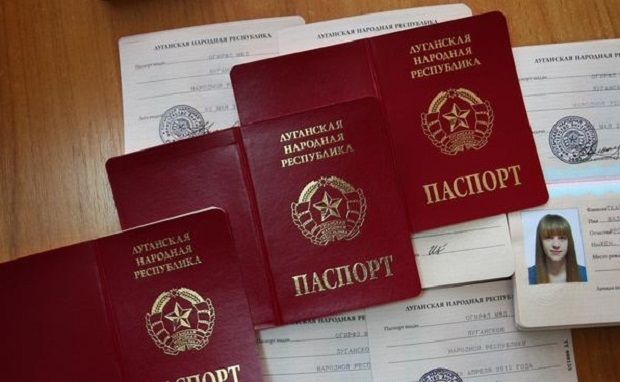 Gennady Tsypkalov, with a background in the oil pipeline industry and rumored links to organized crime, had gained a reputation as a discreet, well-connected man you could do business with — a pro-Russian pragmatist rather than an extreme separatist ideologue, Jack Losh wrote in an article titled "Ukrainian rebel leaders divided by bitter purge" published on October 3, 2016.

He "was neither a hillbilly nor a gentleman," said a former colleague who spoke on the condition of anonymity out of concern for his own safety. "Sure, he had some romantic notions of the Red Army and the glories of the Soviet Empire. But first and foremost, he was a businessman."

Ousted a year ago, he was arrested in mid-September and accused of plotting a coup. Today he is dead.

Tsypkalov was one of dozens of senior officials, army commanders and rank-and-file soldiers to be rounded up in the past few weeks. In a dramatic and potentially – far-reaching shake-up in the – rebel-controlled rogue statelet, the – Russian-backed separatists are carrying out a widespread purge of their own internal opposition figures.

The arrests followed a purported coup attempt against Luhansk's authoritarian, Moscow-anointed leader, Igor Plotnitsky, who was a low-ranking regional official before he was ushered into power by the upheaval of war.

Analysts say this dark, bloody drama could lead to intensified clashes on the front line and may be tied to disputes over – the control of lucrative smuggling channels between Russia and government-controlled Ukraine that cross – rebel-held territory. It may even reflect bureaucratic infighting among the rebels' masters in Moscow as the Kremlin elite plays out its private battles in the war-torn fields of the Donbas region.

"These internal power battles happen over turf, over black-market revenue and over access to Russian fighters, and can lead to spikes in fighting on the contact line," said Alexander Clarkson, a lecturer in European studies at King's College London. "In eastern Ukraine, military power equals political power. Plotnitsky is securing both. And whoever is in control is fundamentally dependent on patronage from Moscow."

Referring to the self-styled Luhansk People's Republic, he added: "If this crackdown in LNR is connected to struggles in the Kremlin — i.e., it's a proxy war between Russia's power elite in which Moscow's rival curators back Luhansk's rival factions — then this all becomes of much wider strategic significance."

Read alsoSavchenko says ready for direct talks with "DPR/LPR"Notorious for its rival rebel factions, Luhansk has been blighted by infighting between Plotnitsky's clan and the separatists' powerful security services, the MGB — which sports the same name as Stalin's state security apparatus.

Pro-Russian warlords who attempted to carve out their own fiefdoms have been killed in hits widely regarded as inside jobs ­carried out by competing rebel groups or Russian elite forces. But while the risk of assassination has become an occupational hazard for LNR's military commanders, civilian politicians in Ukraine's lawless east had not, until now, appeared to face the same threat.

Before sanctioning the September crackdown, separatist leaders held successive news conferences to allege that they had quelled a rebellion, citing internal enemies and foreign agents, aided by Ukrainian forces. Experts have cast doubt on those claims, citing a lack of evidence.

Alexander Zakharchenko, head of the self-proclaimed Donetsk People's Republic, said he had deployed his own troops to help put down the alleged uprising in neighboring Luhansk — if true, an unprecedented move and symbol of increased cooperation between the two pseudo-states, long known for their tense relationship. "I had to send a battalion to solve their problems," he said.

Read alsoThe Washington Post: 2 years after cease-fire weary Ukraine still at warLNR officials revealed Tsypkalov's arrest only when they reported that he had died in custody. Luhansk's chief prosecutor claimed the former prime minister had become suicidal and hanged himself in his cell, consumed with guilt over "the gravity of his crime."

"Tsypkalov was afraid of neither God nor the devil. Suicide was not in his nature," said a former colleague and regime insider, speaking on the condition of anonymity because of security concerns. "This 'coup' was just an excuse for a witch hunt."

Conflicting reports have since emerged about the fate of LNR's deputy defense minister, Vitaly Kiselev — better known by his nom de guerre, "Communist" — who was also jailed on charges of orchestrating the putsch. Some reports claimed he died during his interrogation; LNR authorities countered that by posting video footage of the detained commander, apparently unscathed.

Tsypkalov and Kiselev were said to be heavily involved in the black market; the former allegedly profited from coal and gas smuggling, the latter from contraband cigarettes. Their removal is expected to give Plotnitsky's circle greater access to their spoils.

The regime has reportedly incarcerated its former head of parliament, Alexei Karyakin, and former interior minister, Igor Kornet. Karyakin, who had been on the run since LNR issued a warrant for his arrest, was apparently detained in Russia and sent back.

Most of those arrested were "involved in some dirty business deals," said a separatist military commander who spoke on the condition of anonymity so as not to give the leadership "any reason to doubt our loyalty."

It's a "cleanup operation," he said. "Maybe their arrests will make life in the republic a little better."

"When Moscow deals with figures it doesn't like, the process is smooth and deadly," said Mark Galeotti, an expert on Russian security affairs and senior research fellow at Prague's Institute of International Relations. "This rolling mess in Luhansk doesn't feel like Russia's doing: It's the politics of a street gang, the falling out of capos of a criminal conspiracy. This is no quick settling of scores and could instigate an ongoing pattern of vengeance and feud."

LNR's violent reshuffle is unlikely to present a weakening of the regime that Kyiv can exploit on the battlefield. Politically, Plotnitsky — whose parents died last month, apparently from eating poisoned mushrooms — has shown himself to be decisive and dangerous. Militarily, while a renewed truce of sorts continues to hold, Russia remains on hand to funnel arms, money and fighters over the border when needed.