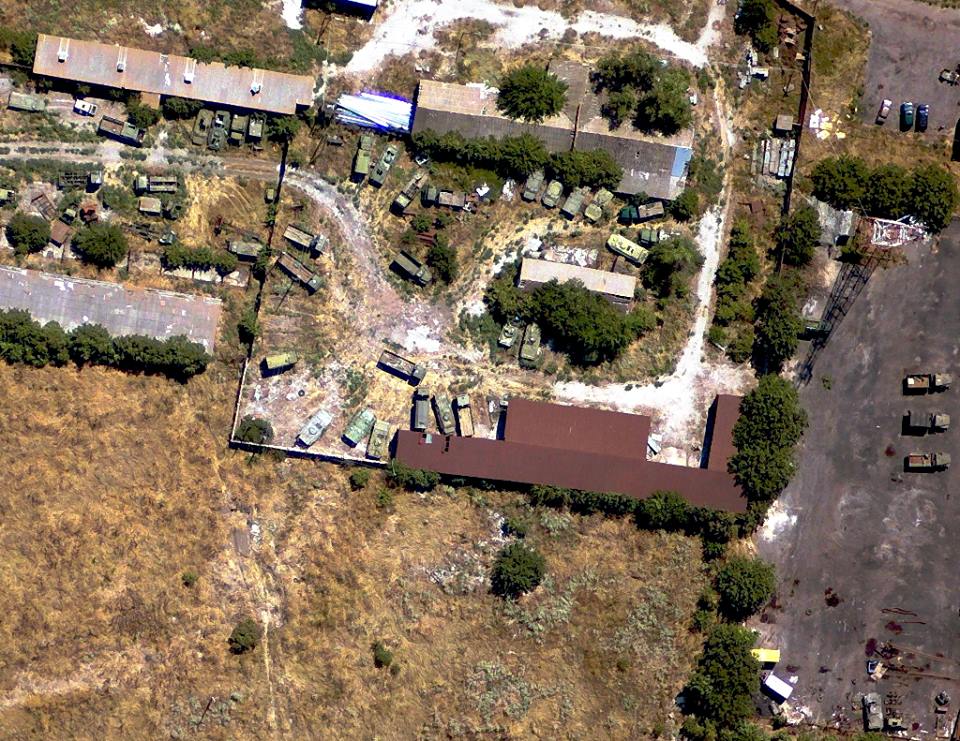 Volunteers claim, that pictures were taken in one of the zones of current disengagement of forces. It means they are talking about the areas of village Zolote or Petrivske, because the withdrawal of forces from the Stanytsia Luhanska scheduled for yesterday has failed, according to Ukraine Today.

Commenting the pictures, which they called 'a motivator for the upcoming working week for all who believe in demilitarization', they wrote: "Why do we need demilitarization of the territories in the zone of hostilities? So that terrorists could freely expand their bases of supply and equipment maintenance to the immediate vicinity of peaceful Ukrainian settlements?"

Read alsoNew Russian military base 100 km from Ukraine border "almost ready" - EuronewsVolunteers addressed OCSE monitors: "People are waiting answers from you on two questions: "What the f... are they doing there?" and "Whether or not you can be the guarantor of the agreement implementation?" We have a lot of similar material. Quite a lot to draw conclusions. You – OSCE Special Monitoring Mission to Ukraine – we believe also have no illusions about the quality of implementation of the so-called arrangements by "gentlemen" from beyond the "porebrik" [Russians]."

Read alsoOSINT spots DPR military hardware near Rozdolne in violation of Minsk accordsThe photos show a number of infantry fighting vehicles (BMPs), armored personnel carriers (BTRs) and military trucks in an unidentified industrial area, hidden behind a fence. Some of the vehicles are disassembled, but most of them seem battle ready, with one even put into fortified position.