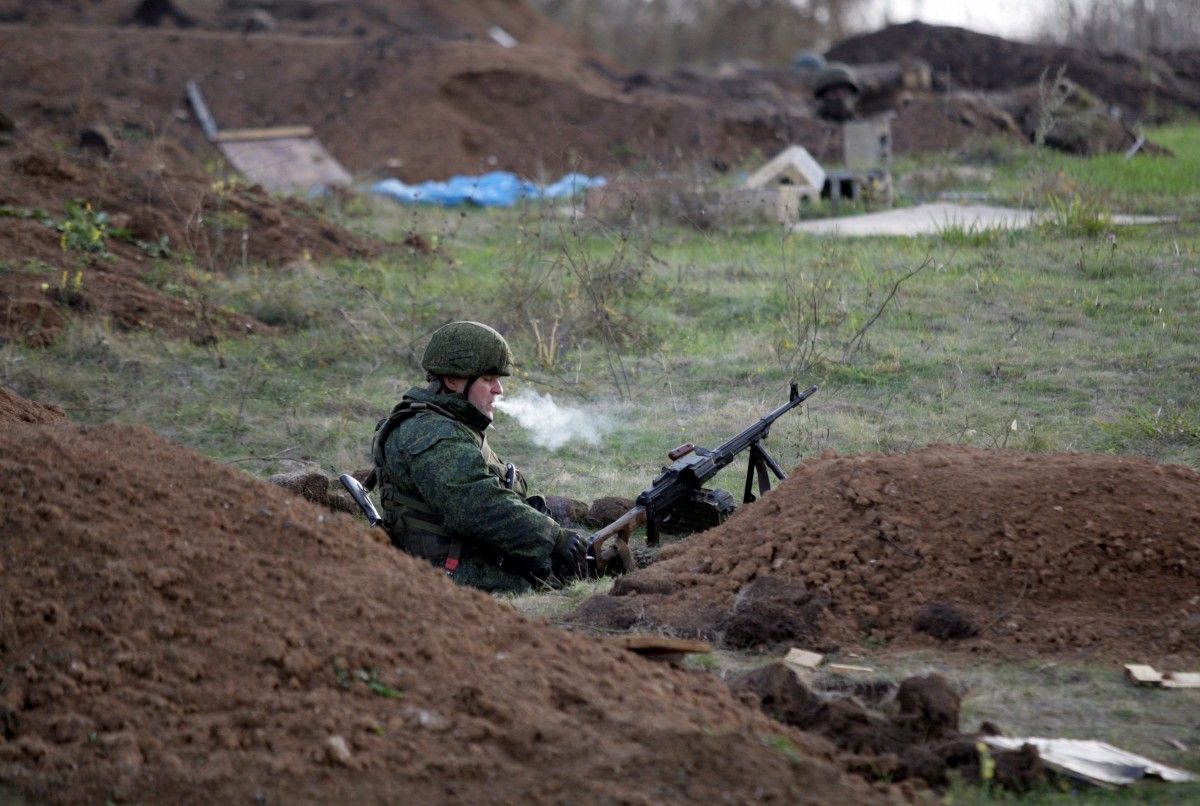 In the Mariupol sector, the occupiers fired heavy machine guns, grenade launchers and small arms on the Ukrainian fortified positions near the town of Maryinka, and the villages of Pavlopil, Lebedynske, Slavne, Shyrokyne and Starohnativka, as well as 82mm and 120mm mortars in the town of Krasnohorivka. They also used 122mm and 152mm cannon artillery systems in the village of Vodiane.

Read alsoATO forces repel militant attack near MariupolIn the Luhansk sector, Russia's hybrid military force opened fire from grenade launchers, machine guns and small arms near the villages of Novozvanivka and Novo-Oleksandrivka, as well as 82mm mortars in the village of Stanytsia Luhanska.

In the Donetsk sector, the militants fired from machine-guns, grenade launchers and infantry fighting vehicles on the Ukrainian military in the village of Luhanske, and 82mm and 120mm mortars in the town of Avdiyivka.