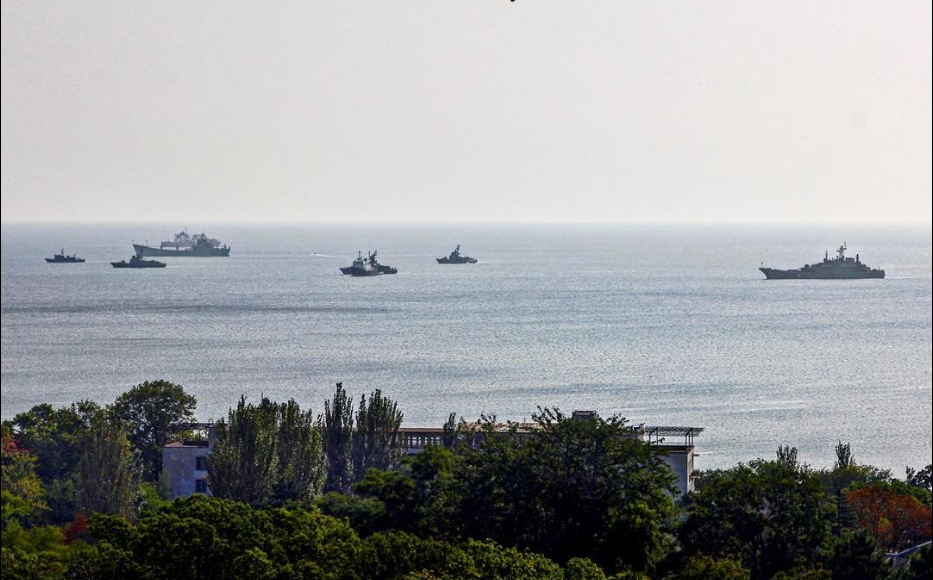 Crimea sits at the southern end of a line of new and refurbished Russian military facilities that stretches north in an arc through western Russia and ends in the country's Baltic outpost of Kaliningrad.

Crimea is now the closest Russian-controlled territory to NATO member Romania, which since May has hosted part of a U.S.-controlled international missile shield. The project is scheduled to become operational in late 2018, when work on a radar installation in Poland – the other main land-based component in the shield – is completed.

Washington says the shield is designed as a defense against Iranian missile strikes. But Russian President Vladimir Putin says the system and NATO are both threats to Russia's security, and has promised to retaliate.

The military buildup is echoed in NATO countries such as Poland and the Baltic states, where U.S. forces are beefing up patrols and conducting more frequent exercises.

Spurred by years of growing mutual distrust and in particular the conflict in Ukraine, both Russia and NATO are boosting their military capabilities across eastern Europe, prompting officials such as Polish President Andrzej Duda and Russian Prime Minister Dmitry Medvedev to talk of a return to open hostilities.

"We have, in effect, slid into a new Cold War," Medvedev told a security conference in Munich in February.

Read alsoRussian S-400 put in full operation in annexed Crimea - MoDTo be sure, the scale of the military confrontation is not the same. Disarmament deals in the past three decades have lowered the temperature of the nuclear confrontation. Absent too are the hundreds of thousands of troops who were stationed on either side of the Iron Curtain in eastern Europe during the Cold War. But elements of the conventional military standoff are now returning.

Crimea is one of the starkest examples. In a week touring the region, a Reuters reporter saw 18 sites, including naval bases, radar stations and airfields. Some were entirely new, some were old military sites that had been refurbished, and others were in the process of being refurbished.

One part of Russia's expansion program appears to be an attempt to re-create a chain of radar stations on rocky hilltops around Crimea. These stations offer an ideal vantage point for monitoring the Black Sea, and nearby NATO members Turkey, Bulgaria and Romania.

Most of the expansion in Crimea is being carried out by the Russian navy and ground forces. But air capabilities are also being beefed up.

The former Belbek civilian airport has been turned into a military air base, according to a Reuters reporter who went to the base. The terminal building has been shut and the entrance to the base is now guarded by a Russian marine.

An Il-76 heavy military transport plane, with the insignia of the Russian air force, was parked on the airfield when Reuters visited.

Two other military airfields that were abandoned by the Ukrainians are also now in use again by the Russian military.

The Russian military buildup seen by Reuters goes beyond what existed in Crimea when it was under the control of Kyiv, according to soldiers in Crimea, local residents and Ukrainian accounts of deployments before the annexation.

At Perevalnoye, a small village at the foot of a mountain not far from Simferopol in the center of the peninsula, Russia is transforming an abandoned Ukrainian military facility into two new bases.

Russia's defense ministry did not respond to a request for comment about its activities in Crimea. Nor did the regional government in Crimea.