OSCE sees over 30,000 individuals in military dress coming from Russia to Donbas 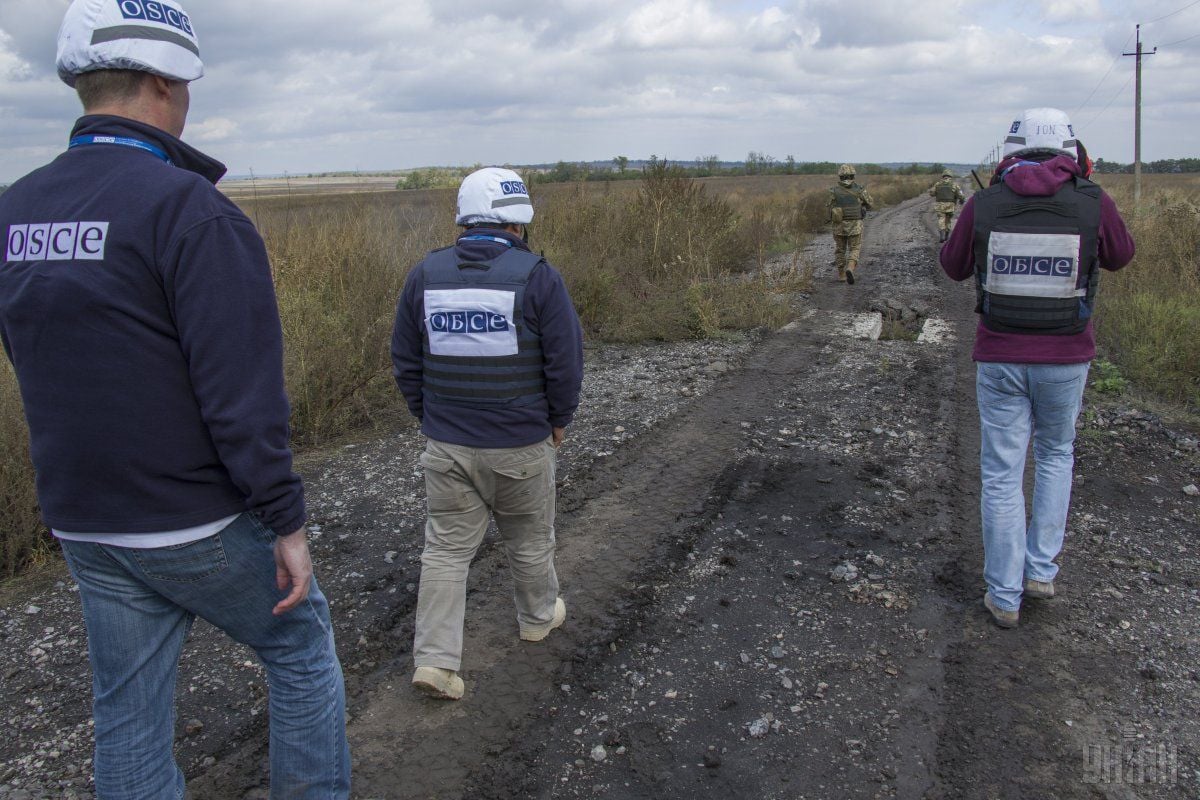 "Despite the strict limits imposed on the Observer Mission's mandate and operating procedures, the Mission has still been able to document Russia's destabilizing and destructive activity in eastern Ukraine. The Observer Mission has observed more than 30,000 individuals in military-style dress crossing just at the two checkpoints to which it has access," Baer said in his response to a report by Flavien Schaller, the Chief Observer of the Observer Mission at Gukovo and Donetsk.

However, Baer did not specify the period when the said individuals were documented, but as is seen from the report, it covers the entire period of the mission's work since 2014.

In his words, Russia has refused to enable the observer mission to fully discharge its mandate on the Russian side of the border. In particular, Schaller's report mentioned that restrictions continue to hamper the monitoring work of the observer mission especially when it comes to detection of people in military-style outfits in vehicles or during unfavorable weather conditions.

Read alsoOSCE SMM: Number of Donbas truce violations 150% up last week"Imagine, colleagues, what is crossing where we can't see. These individuals reportedly receive weapons once they arrive in separatist-held parts of Ukraine. Twenty uniformed persons crossed the border in a single bus with tinted windows in mid-October," Baer said, citing observer mission reports.

"We all know that Russia's portrayal of these men and women as civilians is an obvious attempt to hide the truth – they are crossing into Ukraine to fight. On at least 27 different occasions, the Observer Mission has reported seeing funerary vehicles returning to Russia with a sign reading 'Cargo 200' or '200,' a well-known code for Russian military casualties. The most recent of these crossings was on October 27," he said.

He also said that Russia had not responded to the "modest request" made by the OSCE Observer Mission three months before to be permitted to walk around the perimeter of the two checkpoints and operate in a manner that would allow the observer mission to see what is truly happening there.

"The United States calls on Russia to fulfill the commitment it made in signing the Minsk Protocol to allow permanent monitoring of the border and to stop blocking the Observer Mission from covering the entire length of the border where the Ukrainian side is under the control of combined Russian-separatist forces. In addition, combined Russian-separatist forces must also provide the security assurances needed for the SMM [OSCE Special Monitoring Mission to Ukraine] to open new forward patrol locations and patrol hubs on Ukrainian territory near the border," Baer said.