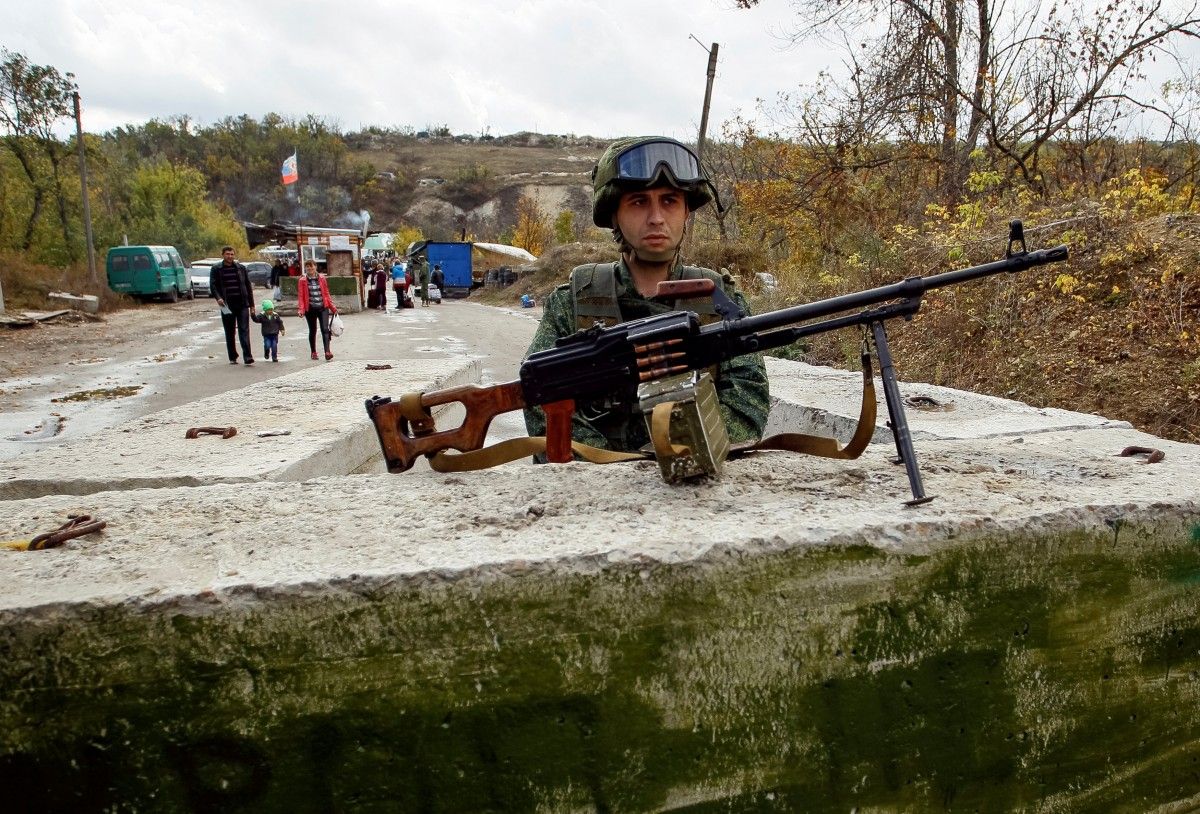 In the Luhansk sector, the militants continued to use banned 120mm and 82mm mortars to shell the village of Krymske. Also, they fired rocket-propelled grenades and small arms on the village of Stanytsia Luhanska.

Read alsoUkraine reports 42 attacks in Donbas in last dayIn the Donetsk sector, Russia's hybrid military force fired 82mm mortars on the villages of Luhanske and Novo-Oleksandrivka, as well as grenade launchers of various systems, heavy machine guns and small arms on the town of Avdiyivka and the village of Verkhniotoretske. Additionally, a sniper was active in Luhanske.