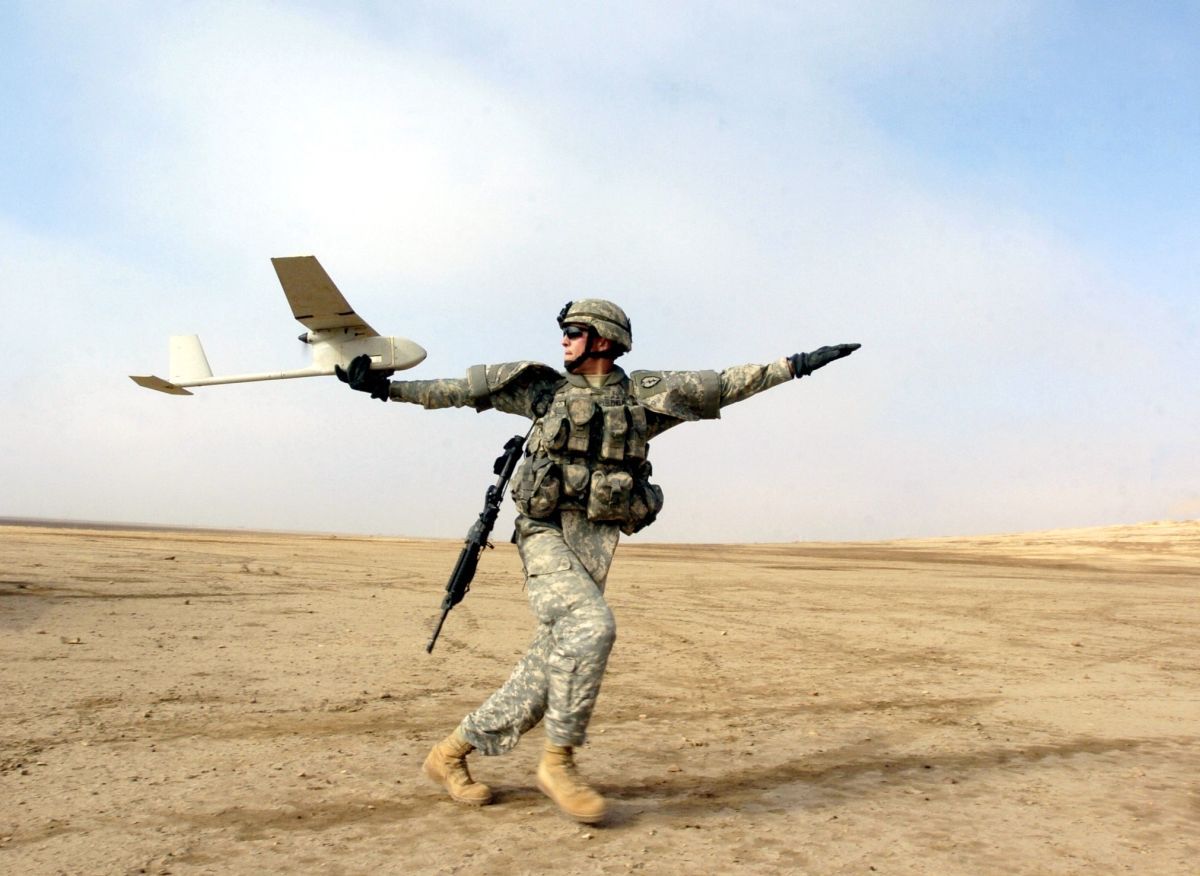 The 72 Raven RQ-11B Analog mini-drones were so disappointing following their arrival this summer that Natan Chazin, an advisor to Ukraine's military with deep knowledge of the country's drone program, said if it were up to him, he would return them, Reuters wrote in its exclusive report.

"From the beginning, it was the wrong decision to use these drones in our (conflict)," Chazin, an advisor to the chief of the general staff of Ukraine's armed forces, told Reuters.

Read also2 OSCE SMM's UAVs come under fire in Donbas, another one downedThe hand-launched Ravens were one of the recent highlights of U.S. security assistance to Ukraine, aiming to give Kyiv's military portable, light-weight, unarmed surveillance drones that were small enough to be used widely in the field.

Read alsoScaparrotti surveys Ukraine's front lines against RussiaBut they appear to have fallen short in a battle against the separatists, who benefit from far more sophisticated military technology than insurgencies the West has contended with in Afghanistan, Iraq or Syria.

Whether President-elect Donald Trump's administration might seek to provide Kyiv anything more robust, however, is unclear, given his stated desire to improve ties with Russia and prioritize the fight against Islamic militants. U.S. restrictions on technology exports could also limit new aid.

The Air Force command of Ukraine's armed forces acknowledged to Reuters that the Ravens supplied by the United States had a fundamental drawback: Russia and the separatist forces it supports can intercept and jam their video feeds and data.

Read alsoU.S. Congress boosts security assistance to Ukraine to US$350 mln"The complex is analog, therefore command channels and data are not protected from interception and suppression by modern means of electronic warfare," it said.

U.S. officials, speaking on condition of anonymity, acknowledged that Russia's electronic warfare capabilities were far more sophisticated than thought when the conflict began and that both the U.S. and Ukrainian militaries were adapting.

Asked about Ukraine's reaction to the Ravens, one official said it took a considerable amount of time for the drones to reach Ukraine and that by then "they were much less effective than they would have liked, than we would have liked."

The Air Force command of Ukraine's armed forces said they were being used in the "Anti-Terrorist Operation" zone, including in combat situations.

One Ukrainian official, however, speaking to Reuters on condition of anonymity, said that although drones were being used in the zone, they were not employed on the front lines.

Chazin said they were largely in storage and called them a vulnerability, allowing the enemy to see Ukrainian military positions and, when it wanted, easily take them down. They had short battery life and were unable to reliably fulfill the key mission of gaining intelligence on artillery positions, he said.

The drones, along with other U.S.-supplied items like radar, first-aid kits, night vision and communications gear, fit into President Barack Obama's strategy of providing non-lethal military assistance while focusing on sanctions and diplomacy to end the war.

How Trump might alter U.S. support remains unclear, particularly given cabinet picks that include retired Marine General James Mattis, who has been vocal about his concerns about Russia and was nominated to become U.S. defense secretary.

Some of the most prominent Republican lawmakers in Congress have called for Ukraine to receive lethal arms.

One of the U.S. officials cautioned about limitations on America's ability to export drones that can evade Russia's electronic warfare capabilities.

That could leave Ukraine's military to continue building drones from commercially available technology. It now assembles them from components supplied by firms in countries such as Australia, China and the Czech Republic for only $20,000 to $25,000 apiece, Chazin said, and they are more advanced than the more pricey Ravens, which are often funded from private donations.