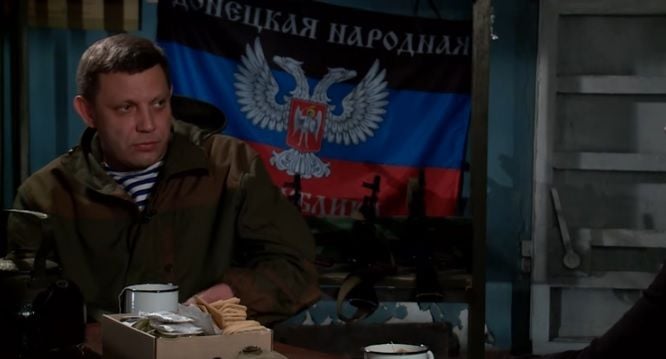 In an interview with some "foreign" journalists, he threatened again to capture Kyiv in this case, Ukrainian news Web portal OstroV has reported.

Read alsoSavchenko says war in Donbas could be finished within two monthsAt first, Zakharchenko admitted that "the military situation on the demarcation line in the territory of the "DPR" is complicated." Moreover, he directly expressed concerns that "at the moment, those units and divisions that are deployed at the forefront will certainly allow Ukraine launching several offensives on different parts of the front."

In addition, he said that in the case of the Ukrainian army's offensive, he would likely "talk in Ukraine about Ukraine in Kyiv."