Def. Ministry: No casualties in last day, but shelling continues in Mariupol sector 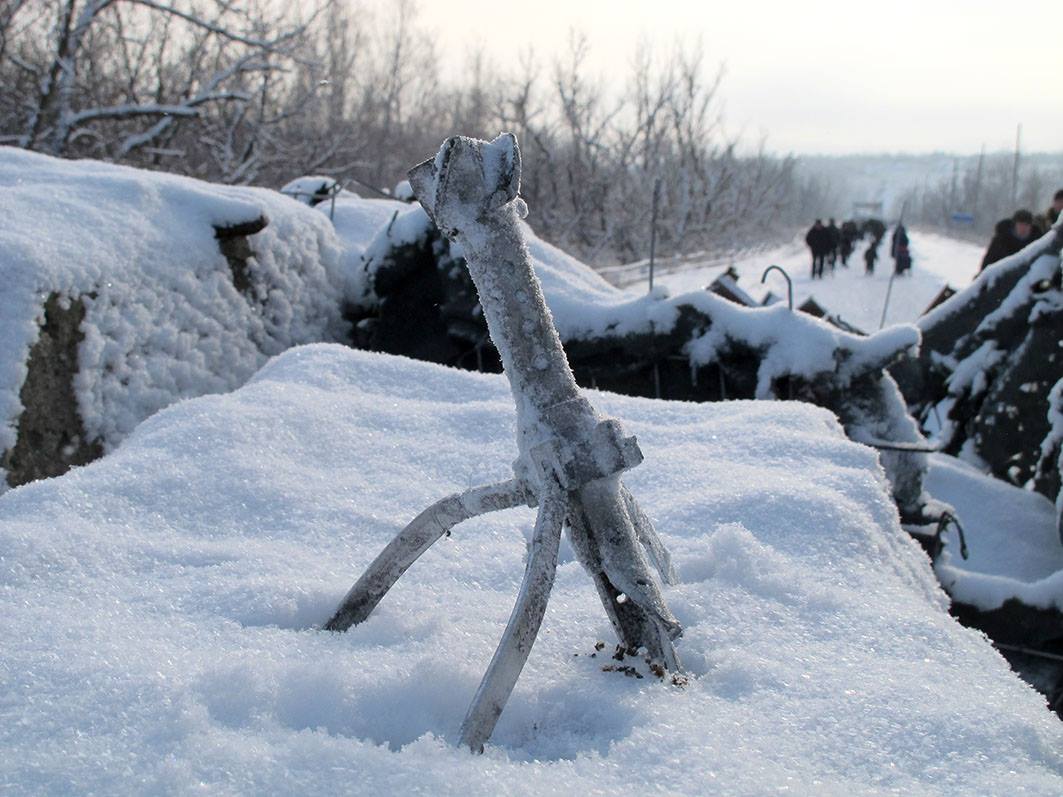 "In the Mariupol sector, the situation remains unchanged – there were 33 enemy attacks yesterday, including five mortar shellings. The occupiers violate the ceasefire during the day and at night. The main hotspots are the towns of Krasnohorivka and Maryinka, and the villages of Vodiane and Shyrokyne," Defense Ministry speaker for Anti-Terrorist Operation (ATO) issues Oleksandr Motuzianyk said at a briefing in Kyiv on Wednesday, January 18, an UNIAN correspondent reported.

"Some good news at once: no Ukrainian soldiers were killed in action (KIA) or wounded in action (WIA) over the past day," he added.

Read alsoRussian proxies attack Ukraine 61 times in last day amid escalationAccording to Motuzianyk, in the Luhansk sector, almost all enemy attacks occurred in the Stanytsia Luhanska and Popasna districts. As in the past days, the main hot spot is the village of Troyitske – there were five short mortar attacks yesterday, as well as a number of smaller provocations by illegal armed groups. The enemy also repeatedly opened fire on the area of potential disengagement of forces and weapons in the village of Stanytsia Luhanska, and the shelling continued intermittently for almost three hours. A sniper was active in the village of Valuiske.

Several skirmishes between the militants and the ATO forces were reported in the town of Zolote, and the villages of Novo-Oleksandrivka and Novozvanivka.

In total, there were 19 enemy attacks in the Luhansk sector, including six from heavy weapons.

Read also"Cynical, treacherous" statement: Crimean Tatars’ Chubarov responds to Savchenko offer to "surrender" CrimeaMotuzianyk noted that in the Donetsk sector, in particular, in the Avdiyivka industrial zone, there were three large skirmishes between the ATO forces and the enemy yesterday – in the morning, afternoon and evening, each of which lasted for two hours.

The occupiers also carried out powerful shelling of the Ukrainian positions in the villages of Zaitseve and Troyitske, and the Donetsk airport. The enemy did not use heavy weapons. The situation was calm at the so-called Svitlodarska Duha bulge and in the village of Novoluhanske.

In general, there were nine enemy attacks in eth Donetsk sector in the last day.