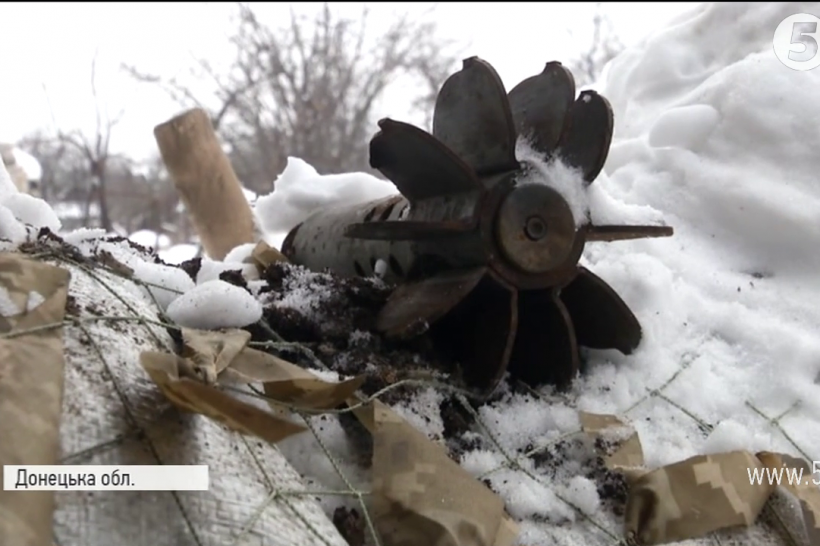 A battle near Avdiyivka was reported on January 19 / Screenshot

"Being shielded by mortars and grenade launchers, the terrorists have approached the positions of the Armed Forces of Ukraine as close as a throw of a hand grenade," journalists from the channel's Spetskor program, who visited the site, have reported.

One of such grenades hit a Ukrainian trench shelter, and miraculously there were no casualties.

Ukrainian soldiers had to fire back to ward off the enemy as far as to the occupied town of Yasynuvata.

"Even on the great Feast of the Baptism of the Lord [an Orthodox religious holiday observed in Ukraine on January 19] 'Russian world' advocates started firing on Ukrainian troops in the middle of the day," the Spetskor host said.

"The shelling is increasing in intensity. With each new attack, the terrorists use weapons of a larger caliber. An enemy subversive group has made an attempt to approach the [Ukrainian] army's positions under the cover of fire," Channel 5 said.

Ukrainian soldiers say that the enemy conducted a troop rotation near Avdiyivka early this year, and the "Sparta" terrorist battalion is now holding positions there.

This night near Avdiyivka will be hard, Ukrainian army members predict.