Ukraine Def. Ministry: Russia may use 10,500 troops to back forces in Donbas 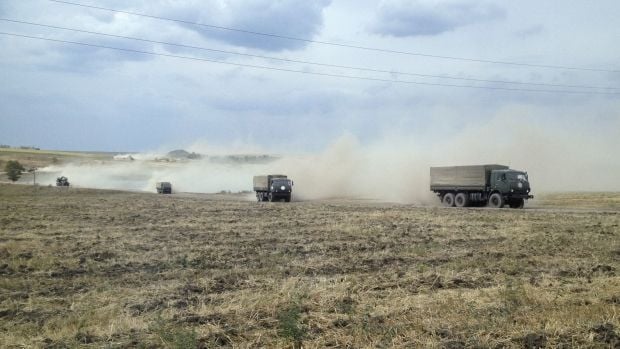 "The 150th Motorized Rifle Division of the Armed Forces of Russia is actively being formed near the Ukrainian border, which, according to experts, will consist of more than 10,500 men. Inspectors have found large artillery units of the Russian army near Novocherkassk. The Ukrainian side does not exclude that the personnel and armament of the 150th division can be used to facilitate the work of the Russian occupation forces in Ukraine," Defense Ministry speaker for Anti-Terrorist Operation (ATO) issues Oleksandr Motuzianyk said at a briefing in Kyiv on Wednesday, January 25.

Read alsoRussia to continue reinforcement of troops on border with UkraineHe recalled that the first results of work of a multinational inspection team, who inspected the Russian territory at the border with Ukraine, were released on Tuesday, January 24.

Motuzianyk noted that inspectors from Ukraine, Canada and Denmark had worked in Russia's Rostov region.