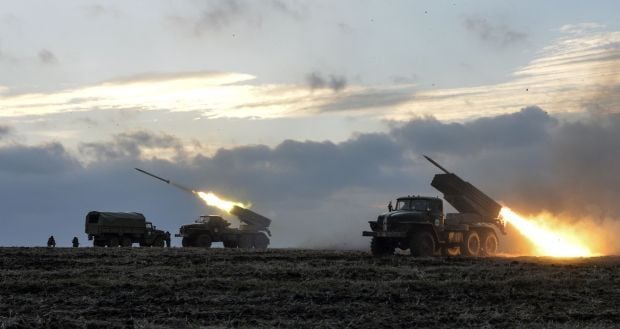 "At about 05:40 [Kyiv time], the enemy launched four batches of [MLRS] Grad missiles, i.e. 160 shells. The fire came from the city of Donetsk, and as the Donetsk locals say in social networks, four Grads led fire from four different locations in civilian residential areas," the report says.

Read alsoRussians guarantee 7 hours of "silence" in Avdiyivka, local authorities set to evacuate residentsThe military stressed that the attacks were continuing. The Russian military were ignoring the calls for a ceasefire.