Militants fired at least 50 shells from the residential areas of Donetsk. Recent satellite photos and witness accounts confirm geolocation, which eventually helped to identify the exact launch sites of Grads.

Bellingcat quoted several users of social networks as writing that on January 31 the militants were firing from Grads from a bypass road near the Auchan hypermarket. Avdiyivka residents were writing in social networks of incoming explosions at the same time as the people in Donetsk were writing about the outgoing fire.

In addition, a correspondent of the Russian propaganda newspaper Komsomolskaya Pravda mentioned that she heard Grads at the funeral of the leader of “Vostok” battalion Ivan "Greek" Balakay January 31.

Later a correspondent’s friend confirmed to her that Grads were continuously firing the previous night (overnight January 31), and that they were located near Auchan. A video from the funeral, published in the Vostok battalion’s community in VK social network, confirms that the church is located in a residential area south of the hypermarket. In the same area there is a Donetsk bypass road and a Cancer Clinic.

Read alsoReports suggest Russia engages in psychological warfare in Avdiyivka - mediaIn total, the five videos published on 31 January 2017 show four different attacks with at least 60 launched rockets from the area. "While we can only see this many rockets, the recorded sounds in the videos suggest that additional missiles were launched in these four attacks. At least two different launch locations were used for this attacks," the report reads.

"Recent satellite imagery allows us to further confirm the video and social media content, with available satellite imagery from Tuesday, January 31, and two weeks ago, January 20," reads the report. "The ground scarring (blast marks)  resulting from outgoing MLRS fire is clearly visible in the more recent imagery. Moreover, the identified launch sites exactly match the areas identified in the videos." 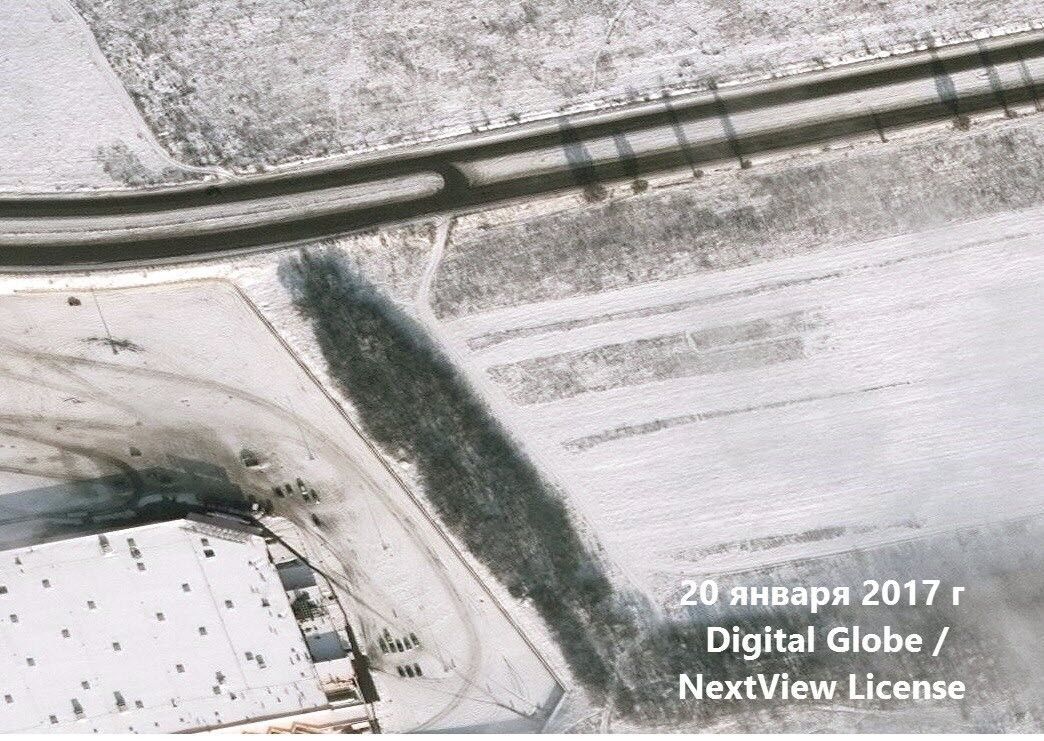 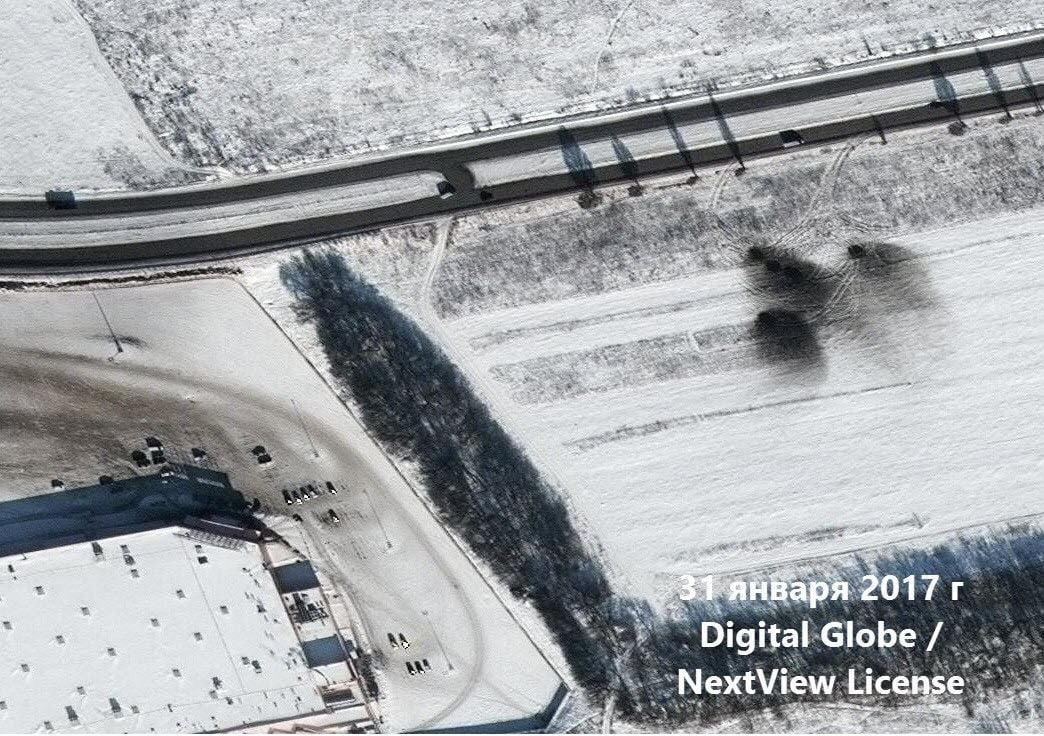 The open area 200 meters east of the hypermarket and 40 meters south of the bypass shows five blast marks in the January 31, 2017 imagery. Similar marks are not visible in the January 20, 2017 imagery. The overlapping of the center three marks suggests that the area was used at least three times. The tracks leading to the marks come directly from the bypass.

A second launch site could be identified east of the residential areas and just beside the bypass. The area shows four blast marks. The grouping suggests that two attacks were launched from this position. The nine visible blast marks indicate that they all used the same firing direction and point approximately toward Avdiyivka, which is approximately 18-19 km north-west of the location.

The available evidence clearly documents that on January 31 2017, multiple attacks with MLR systems were launched in proximity of the hypermarket Auchan in Donetsk. The location deep inside the so-called “DPR” and the firing directing pointing toward Avdiyivka clearly document the responsible side for these particular attacks. One launch site is around 200 meters east of the hypermarket, and in fewer than 500 meters from a school and residential area. The second launch site is in proximity of the bypass and around 600 meters from an industrial area and 1,000 meters from a residential area. Some of the attacks occurred during the day while the nearby bypass was also used by civilians.

Read alsoNew attack on Avdiyivka: School, heating points under fire; 2 killed, 1 wounded – ZhebrivskyGiven the proximity of both launch sites to civilian infrastructure in the area, a potential Ukrainian counter attack to supress and respond to the rocket fire would have automatically risked civilian lives in the area. The cross-country mobility of the likely used MLR system, BM-21 Grad, would have allowed alternative launch sites. However, the repeated usage of the launch site 200 meters east of the hypermarket Auchan strongly suggest that the selection of this area happened on purpose, deliberately risking the lives of the civilians in the area.