It is noted that the 1st and the 2nd Army Corps of the so-called "DPR"/"LPR" have at their disposal 380 main battle tanks, 900 armored combat vehicles, more than 1,000 artillery systems, including MRL systems, and 350 air defense systems. 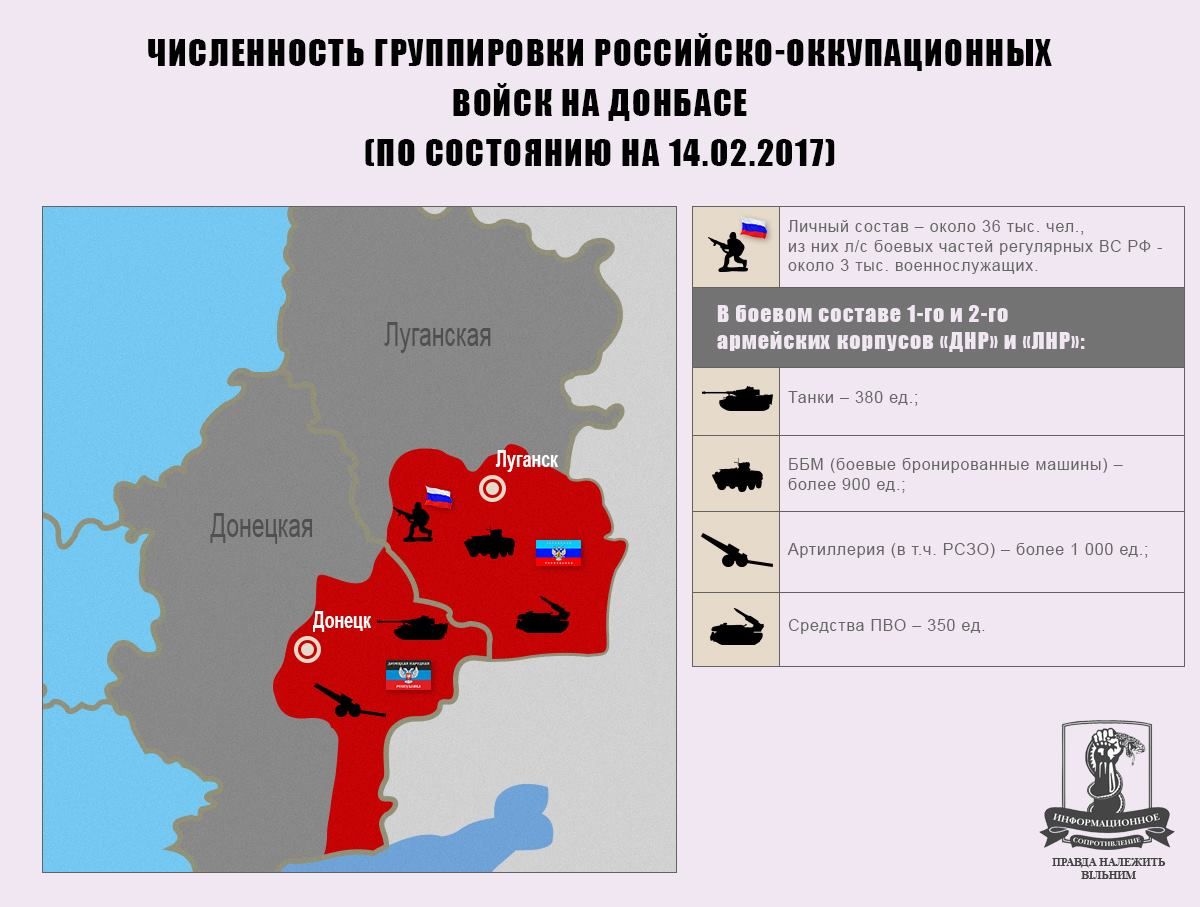 facebook.com/dmitry.tymchuk
If you see a spelling error on our site, select it and press Ctrl+Enter