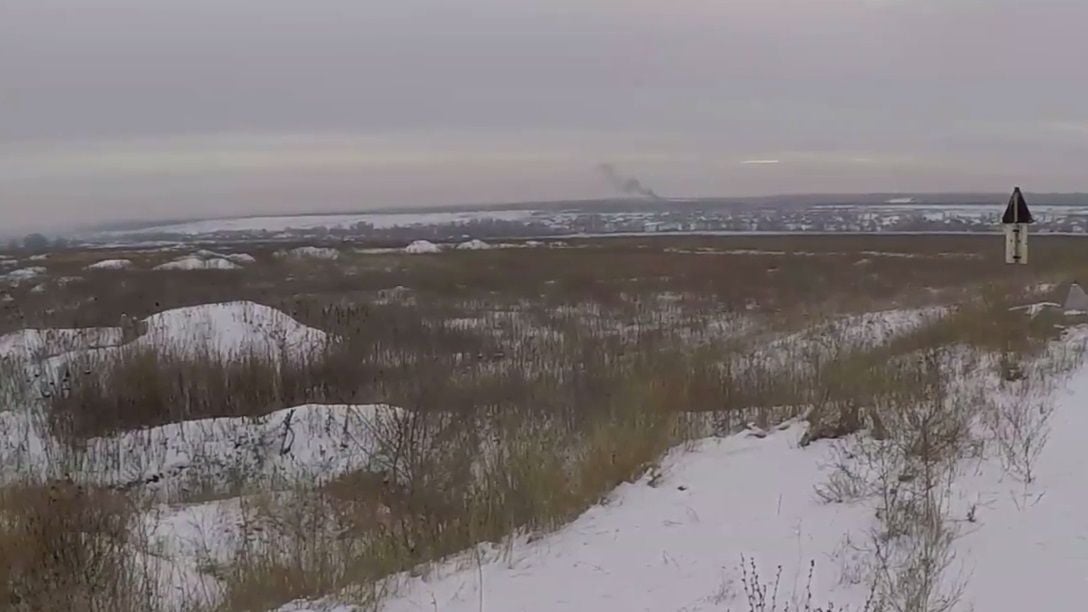 No other details have been reported so far.

Read alsoATO daily report: almost 50 enemy attacks, 4 WIA On Monday, February 27, Ukrainian Anti-Terrorist Operation (ATO) press officer Leonid Matiukhin said that Russia-backed militants shelled the Ukrainian positions near Butivka coal mine in Donbas. "A symbolic construction of the mine fell down – a place where the elevator is located. Our flag was there and the militants were very nervous about that fact. They opened fire from a tank and now this construction collapsed. There were no casualties among our troops. The flag is also undamaged. The guys said they would fly this flag in Donetsk one day," he said.