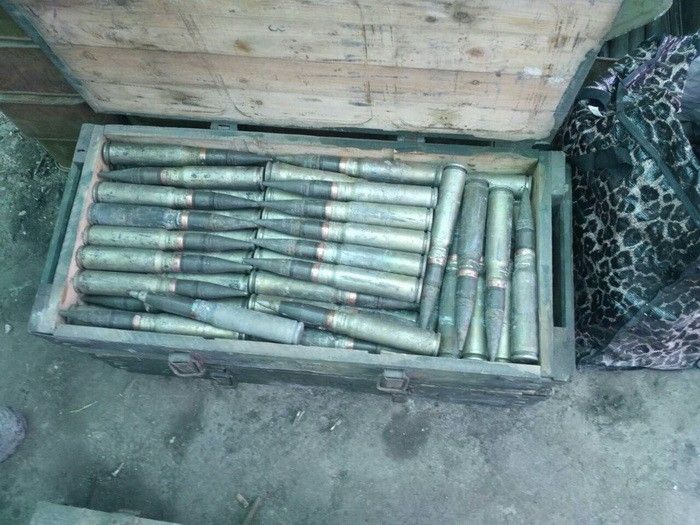 The cache was located in the so-called 'grey zone' in an abandoned house near the village of Vodiane in the Yasynuvata district of Donetsk region, the press center said.

Read alsoSBU comments on Russia's statement in The Hague on weaponry "discovered in coal mines""The SBU officers confiscated almost 1,000 ammunition of 30mm caliber and more than 50 links for cannon tape," the report reads.

In one of the reservoirs near the town of Krasnohorivka, the SBU officers revealed an airproof package with an RGO grenade with fuse, a shell and a flight stabilizer to a grenade launcher.

The relevant procedural actions are under way.