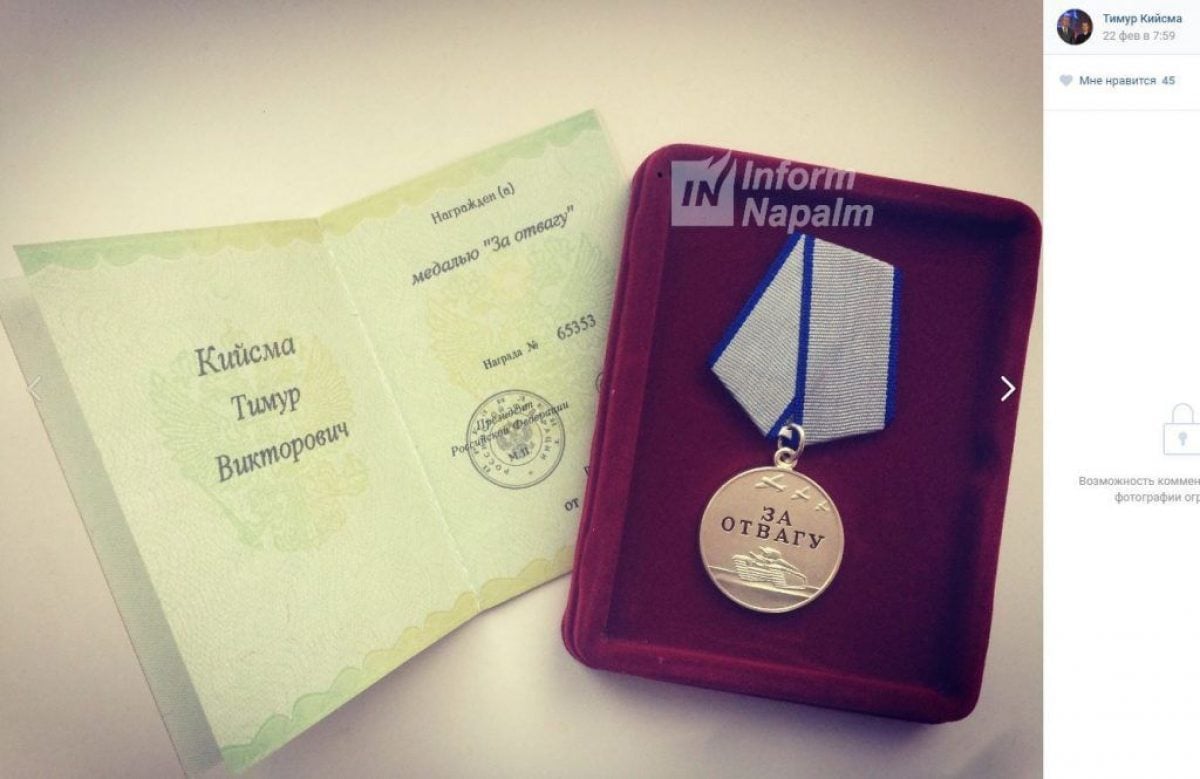 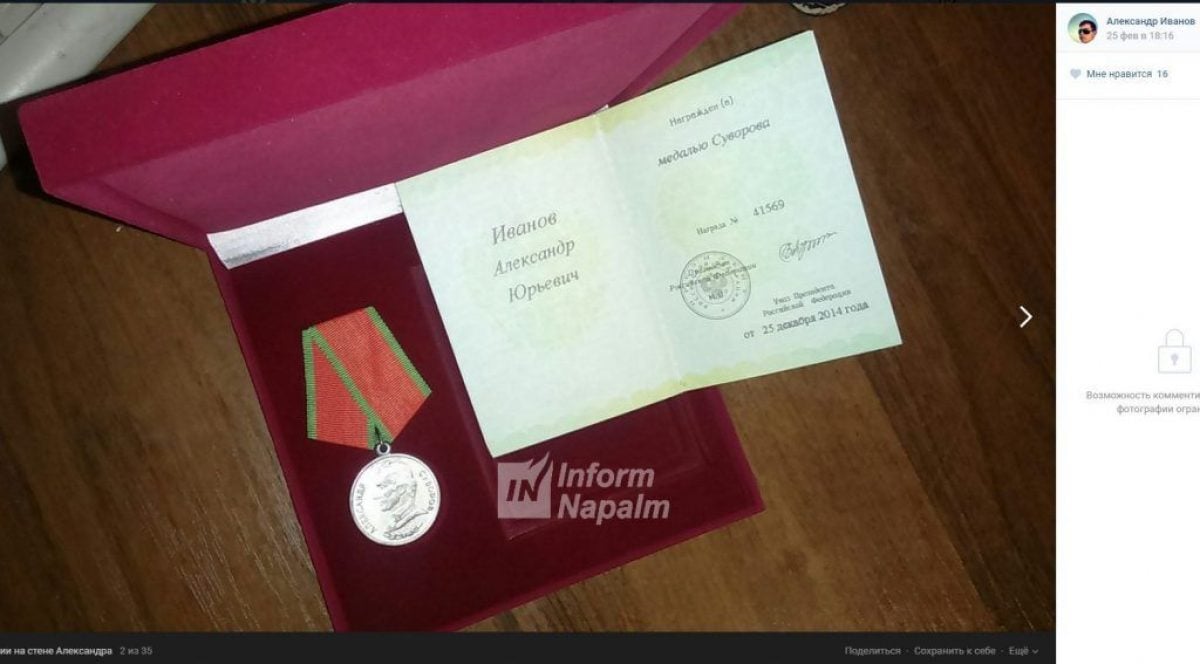 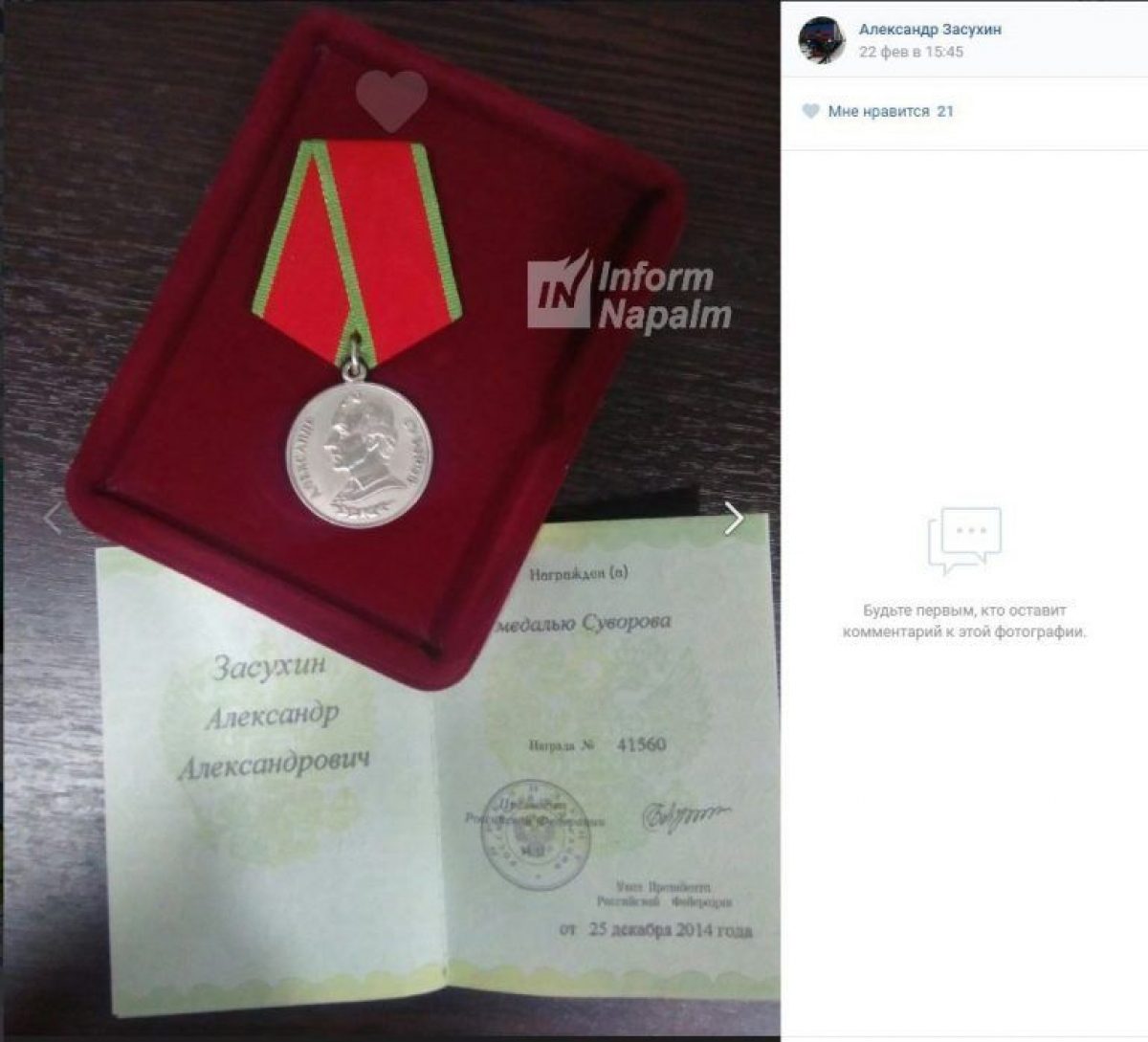 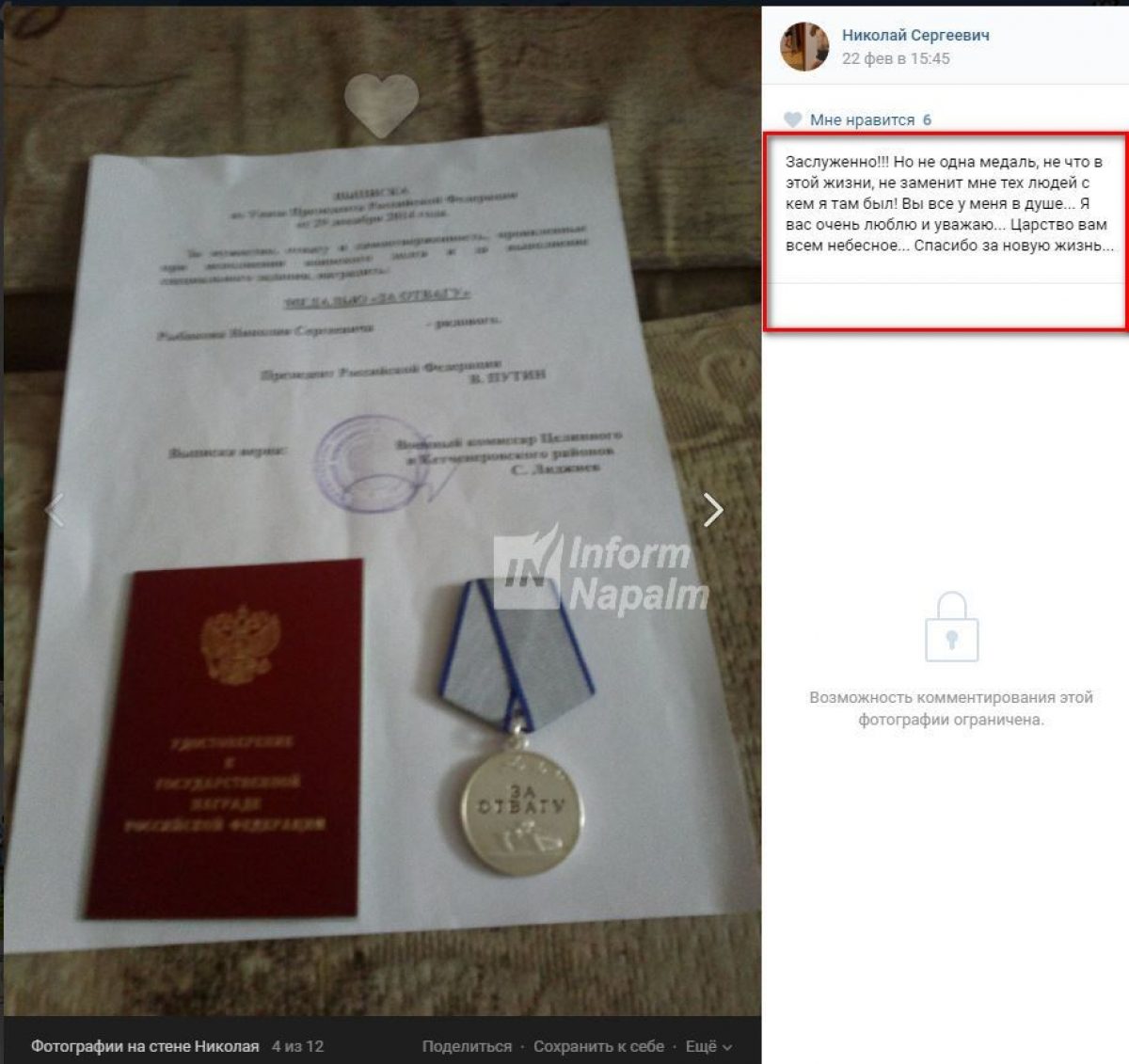 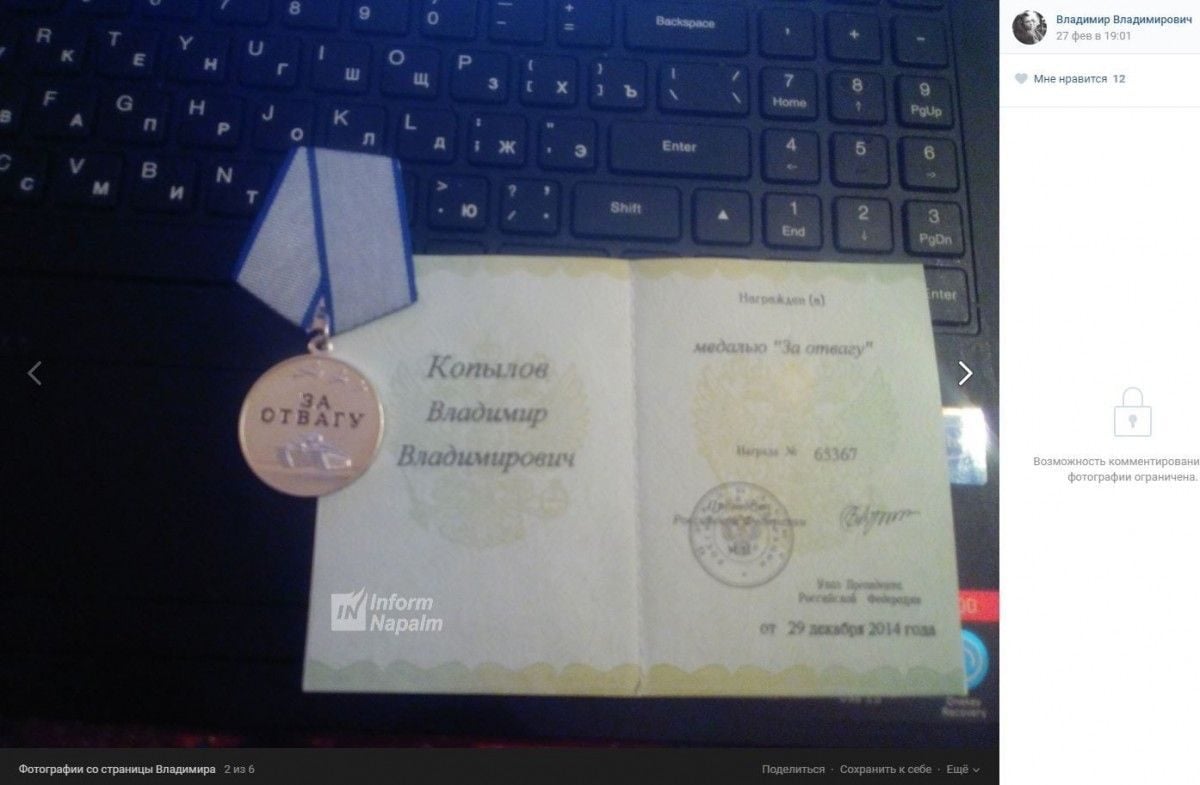 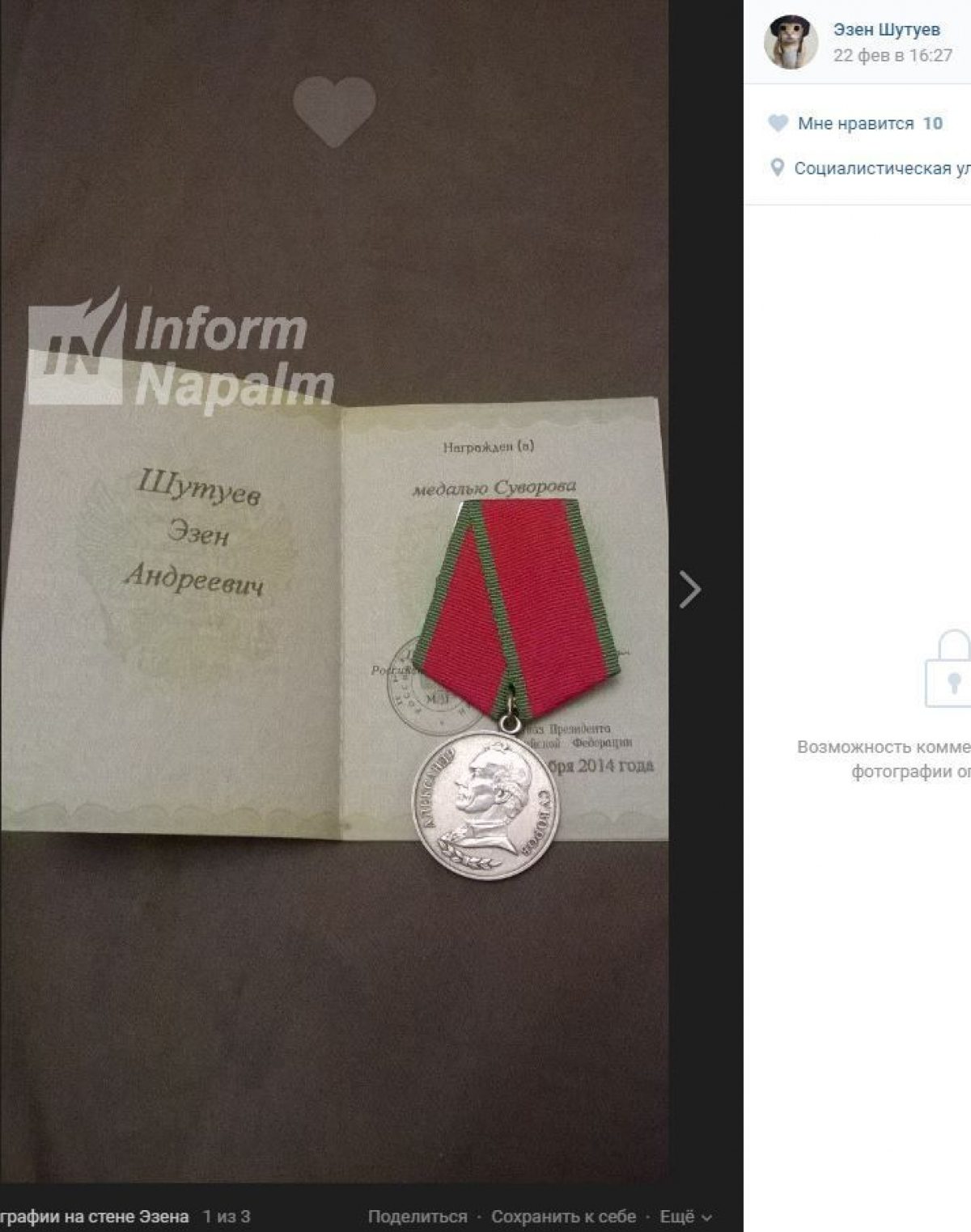 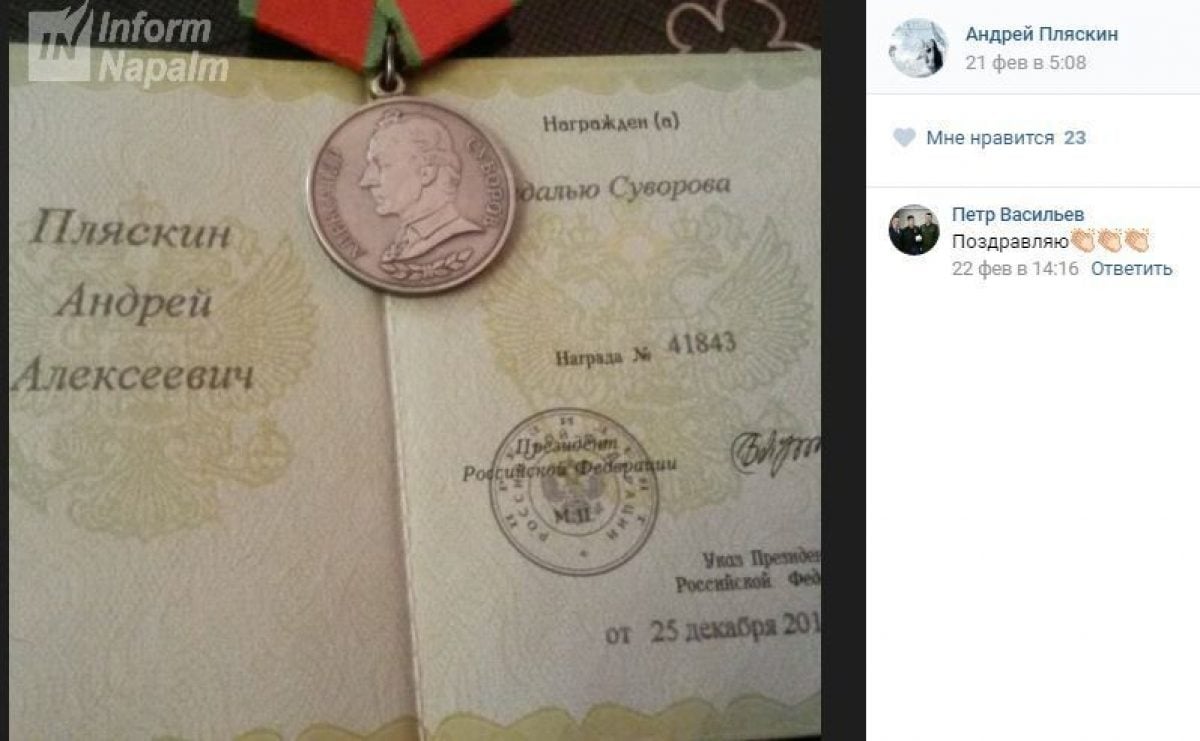 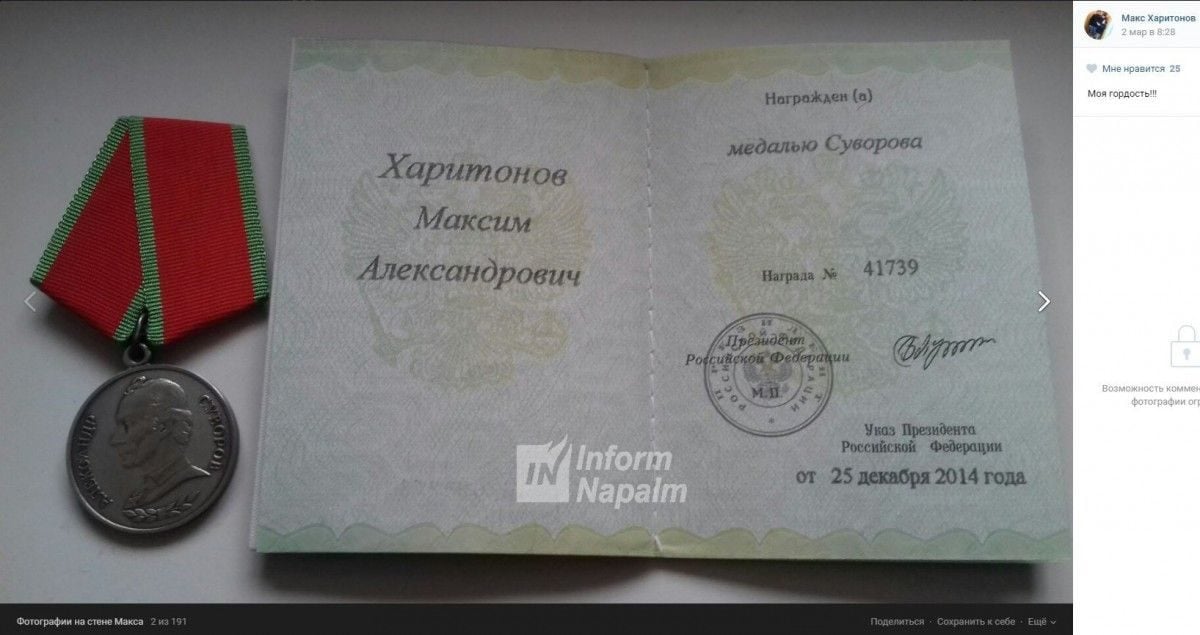 The medals were awarded to a group of tankmen of the 136th separate motorized rifle brigade (military unit 63354, Buinaksk, Dagestan, part of the South Russian Armed Forces), who served in this unit in 2013-2014, the activists from the international OSINT community InformNapalm said.

Read alsoRussian Kalmyk soldiers "got lost" in Ukraine steppes: OSINT investigation"Many of these servicemen have already returned to civilian professions and were unlikely to expect such a Kremlin handout. Perhaps, because of the bureaucratic side of the Putin's orders, or maybe the servicemen themselves sought recognition of their participation in the hostilities," the volunteers' investigation said.

Anyway, according to InformNapalm, by presenting these awards, the Russian command has once again shown that they share responsibility with participants of hostilities in Ukraine.