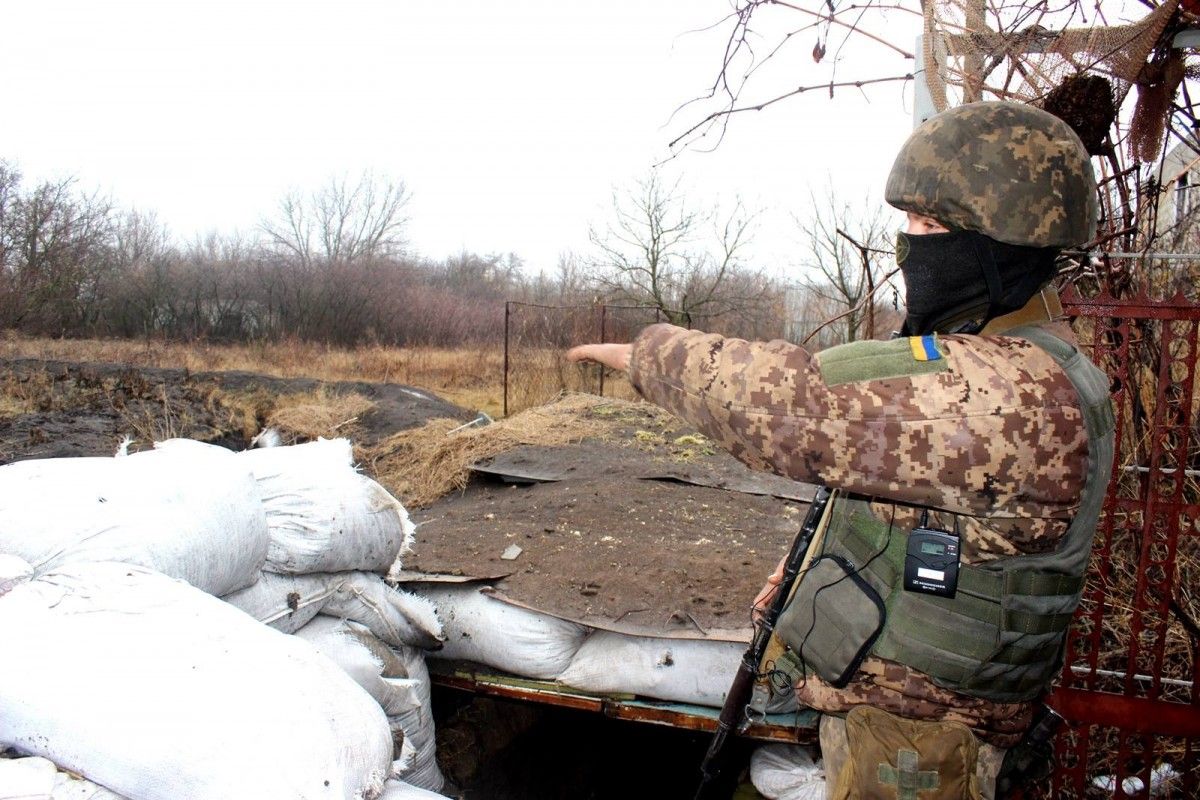 The situation was most tense in the Mariupol sector where enemy infantry attacked the Ukrainian Marines' fortified positions near the village of Vodiane on Monday morning. "Having been repelled, the enemy started to shell Ukrainian positions from Grad MLR systems, and 152mm and 122mm artillery systems," the ATO HQ said.

Read alsoUkraine military release video of enemy Grads shelling VodianeThe Ukrainian positions near the villages of Lebedynske and Talakivka also came under fire from heavy artillery systems. The occupiers used 120mm and 82mm mortars against the defenders of the town of Krasnohorivka, and the villages of Shyrokyne, Mykolaivka, and Novotroyitske. Additionally, small arms, heavy machine guns and grenade launchers of various systems were used to attack the defenders of the villages of Shyrokyne, Vodiane, Novotroyitske, and Hnutove. The Russian occupation forces also opened fire from infantry fighting vehicles and tanks on the Ukrainian Marines in Shyrokyne.

In the Donetsk sector, the militants fired mortars on the Ukrainian fortified positions near Butivka coal mine, and the villages of Luhanske and Kamianka. The enemy also used machine guns, grenade launchers, mortars and tank shells near the town of Avdiyivka.

In the Luhansk sector, the invaders opened fire from grenade launchers, heavy machine guns and small arms on the Ukrainian positions near the villages of Troyitske, Novozvanivka and Novo-Oleksandrivka, as well as anti-tank guided missiles on the defenders of the village of Triokhizbenka.