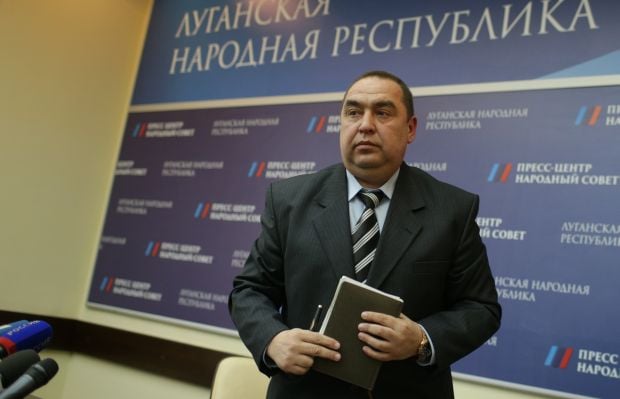 "On this occasion, the leadership of the 'LPR' appealed to Russia's Presidential Administration through the Russian 'supervisors' and received permission to block shipments of products from the 'nationalized' enterprises without payment of taxes to the budget of the 'LPR,'" Information Resistance reported.

Read alsoPoroshenko on Donbas blockade: Severe blow for Ukraine's industryAs UNIAN reported, on February 27, the leaders of the terrorist organizations "DPR" and "LPR" demanded that the Ukrainian activists lift the blockade of the occupied territories before March 1, threatening to introduce interim administrations at all enterprises of the Ukrainian jurisdiction that operate in temporarily occupied territory of Donetsk and Luhansk regions. Militants have announced that they will reorient all production processes for working with of Russia and other countries.

On March 1, the "DPR" and "LPR" announced the "nationalization" of all Ukrainian enterprises in occupied Donbas. On March 2, the "DPR" published a list of 43 expropriated businesses.

If you see a spelling error on our site, select it and press Ctrl+Enter
Tags:LPRenterprisesKremlin