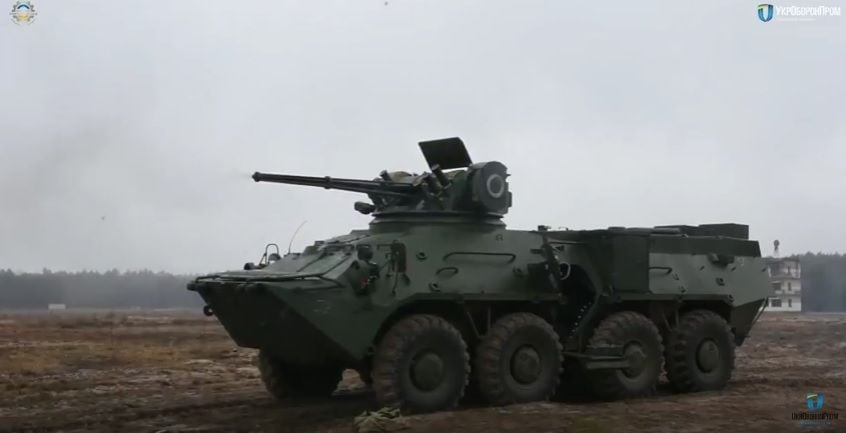 Read alsoUkroboronprom strikes several deals at UAE's IDEX 2017"For this purpose, a standard target was shot at from a 30 mm ZTM-1 cannon from different distances. Thanks to fire spotting with a modern digital system equipped with laser rangefinder, as well as the gun stabilizer, it is possible to achieve high accuracy in all fire modes," the report said.

Sturm-M is also equipped with a 7.62-mm machine gun and an automatic grenade launcher, as well as Barrier weapon system, providing over 800mm armor penetration, not taking into account dynamic defense, at a distance of up to 5 km, allowing to destroy any enemy armored vehicles.

As UNIAN reported earlier, on March 20 Shkval and Stilet RWSs, intended for arming a deeply modernized IFV, underwent comparative factory tests at one of the military ranges in Zhytomyr region.

If you see a spelling error on our site, select it and press Ctrl+Enter
Tags:Ukrainearms