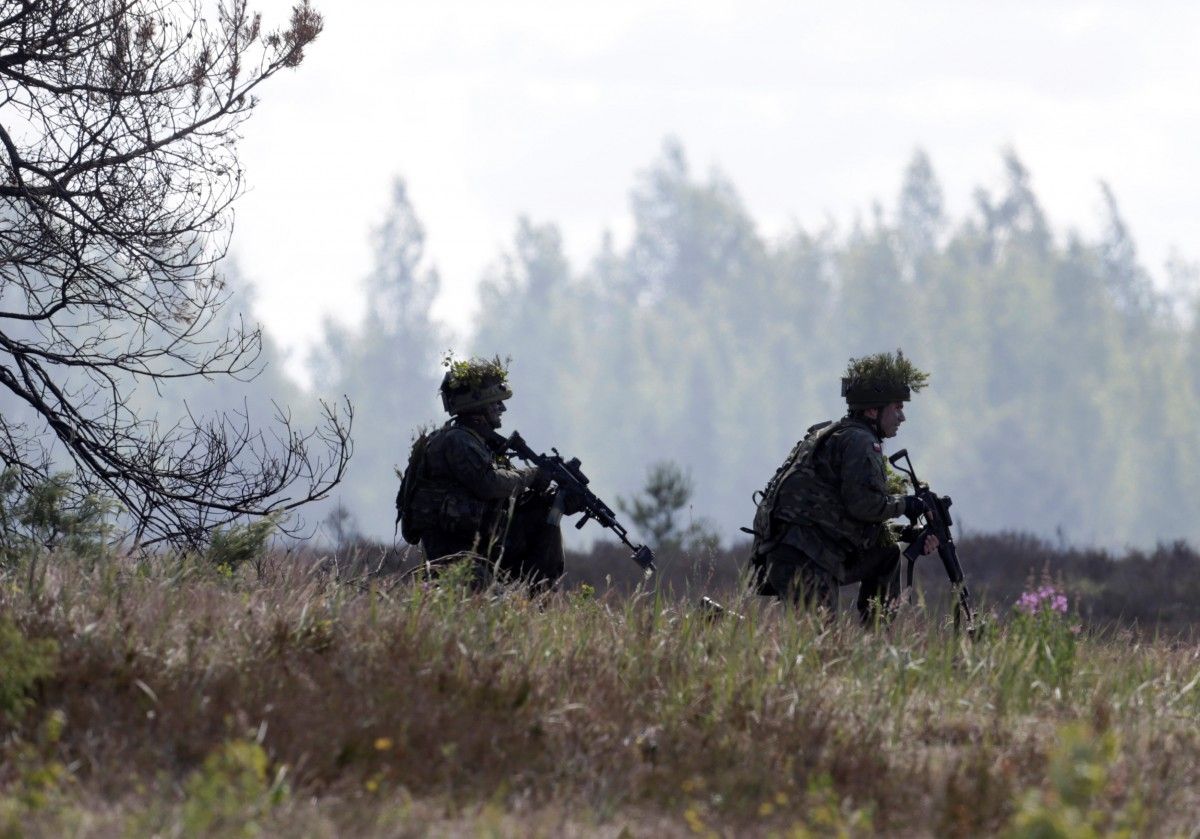 The exercise was among the most intensive since U.S. troops began picking up the pace of training in western Ukraine. A battle with pro-Russian separatists in that country's east has entered its third year, Stars and Stripes reported.

A team of Oklahoma National Guard troops are the latest American advisers to rotate to Ukraine. U.S. European Command's top officer said just last week that lethal aid for government forces should be on the table.

"We want them to come up and be able to work with us as equal partners on the battlefield," U.S. Army 1st Sgt. John Workman, who helps mentor Ukrainian forces, said in a statement.

For three years, U.S. Army Europe has been leading an effort to bolster the capability of Ukraine's armed forces. The effort, initially focused on developing the country's national guard, has been expanded to include the training of regular active-duty forces. Many of the Ukrainian soldiers who have been trained have gone on to take part in combat operations in eastern Ukraine, where separatists and government forces duel on an almost daily basis.

A cease-fire brokered by the West and Russia has largely been ignored, and in recent weeks the fighting has intensified.

Read alsoUkraine, NATO hold naval exercises in Black SeaBesides training, the U.S. has provided a wide range of non-lethal military aid to Ukraine, such Humvees and radars to identify incoming artillery fire. U.S. officials have debated whether to add "lethal aid" to the mix, a move that would risk an escalation on the battlefield.

"I personally believe that we need to consider lethal defensive weapons for Ukraine," Gen. Curtis Scaparrotti, the senior U.S. military commander in Europe, told Congress last week. "They're fighting a very lethal, tough enemy; it's a Russian proxy … and the Russians provide some of their newest equipment there in order to test it."

During the recent round of training, which concluded March 29, Ukrainian forces fired from combat vehicles, launched mortars and heavy artillery, lighting up the sprawling training ground in the Ukrainian countryside.

During their rotation at the Yavoriv training center, Ukrainian soldiers practiced direct and indirect fires, marksmanship and coordinated company-level movements.

"Their unit cohesion and ability to work as a team is exponentially improving every day," said 1st Lt. Brendon Galvin, a platoon leader with the Oklahoma National Guard's 179th Infantry Regiment.

If you see a spelling error on our site, select it and press Ctrl+Enter
Tags:UkraineUSAtraining