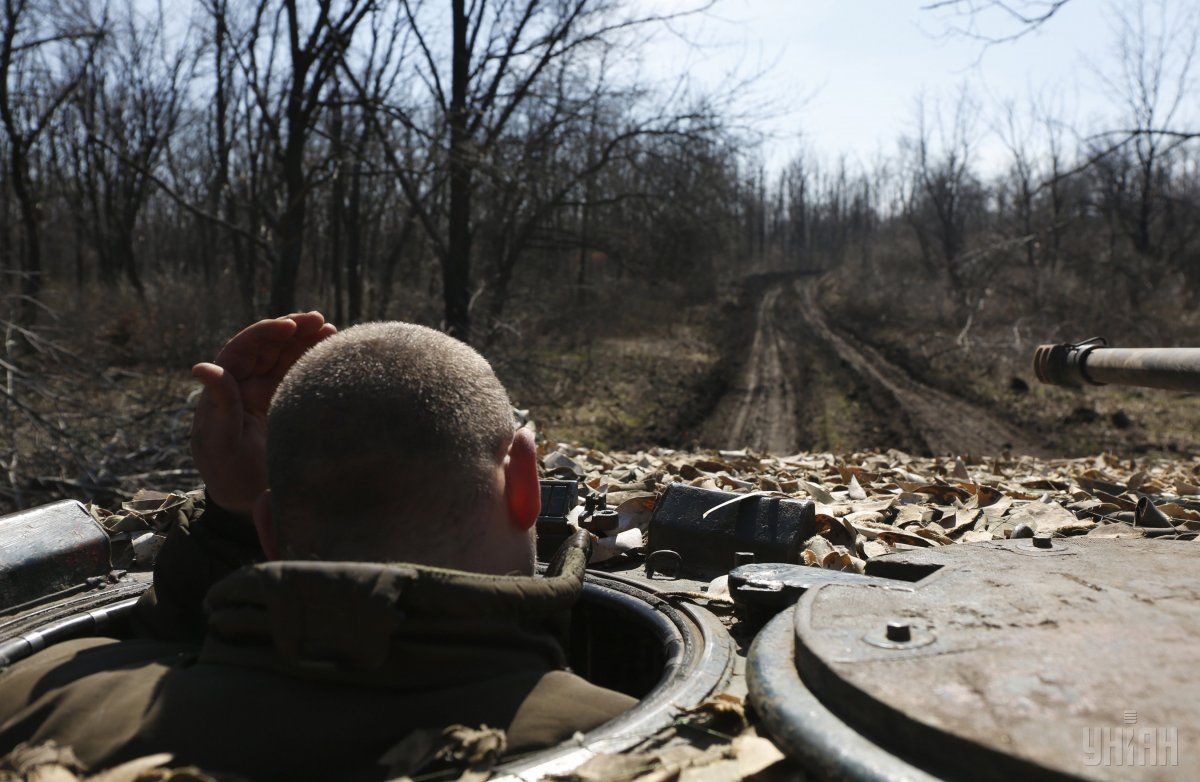 The largest number of violations was recorded in the Mariupol sector. "Here, near the village of Novotroyitske, the enemy opened fire from 120mm mortars, anti-tank grenade launchers and infantry fighting vehicles on our defenders." The Ukrainian soldiers in the villages of Vodiane and Lebedynske, and the town of Krasnohorivka came under fire from grenade launchers various systems and heavy machine guns," the report says.

Read alsoDonbas militants attack Ukraine 18 times on April 8 – ATO HQIn the Donetsk sector, the Russian occupation forces fired anti-tank grenade launchers and heavy machine guns on the defenders of the town of Avdiyivka and Butivka coal mine, as well as anti-tank grenade launchers and small arms on the defenders of the villages of Verkhniotoretske and Zaitseve. Additionally, enemy snipers were active near the village of Pisky.