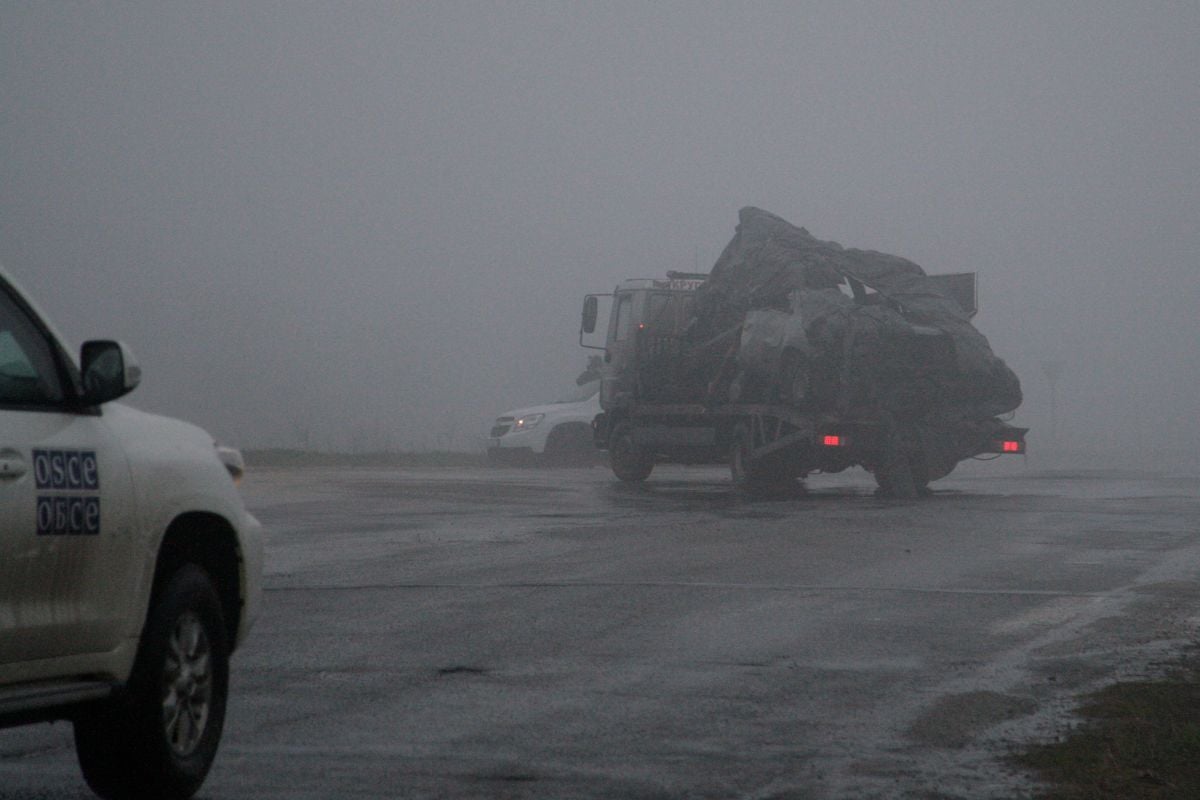 According to Information Resistance, the course of events goes as follows:

11:20 – a crew of Russian propaganda TV channel RT arrives at the scene;

11:28 – unidentified plainclothes men arrive at the scene in a khaki-colored Niva 4x4 vehicle. They give instructions to Russian "journalists";

15:48 – a coroner vehicle arrives to remove the body of the OSCE monitor killed in the incident;

Around 16:00 – a towing vehicle arrives to remove from the scene the damaged OSCE vehicle.

Read alsoFrench elections: Macron's headquarters denies accreditation to Russian propagandistsOSCE earlier confirmed a loss of the SMM team member who was conducting a patrol near non-government controlled Pryshyb in the Luhansk region yesterday morning. "One of our armored vehicles experienced an explosion, likely a mine, resulting in the tragic death of a paramedic from the United States working with the OSCE SMM. Two more patrol members from Germany and the Czech Republic have been admitted to hospital for medical examination," the statement said.

If you see a spelling error on our site, select it and press Ctrl+Enter
Tags:RussiaDonbasOSCEpropaganda