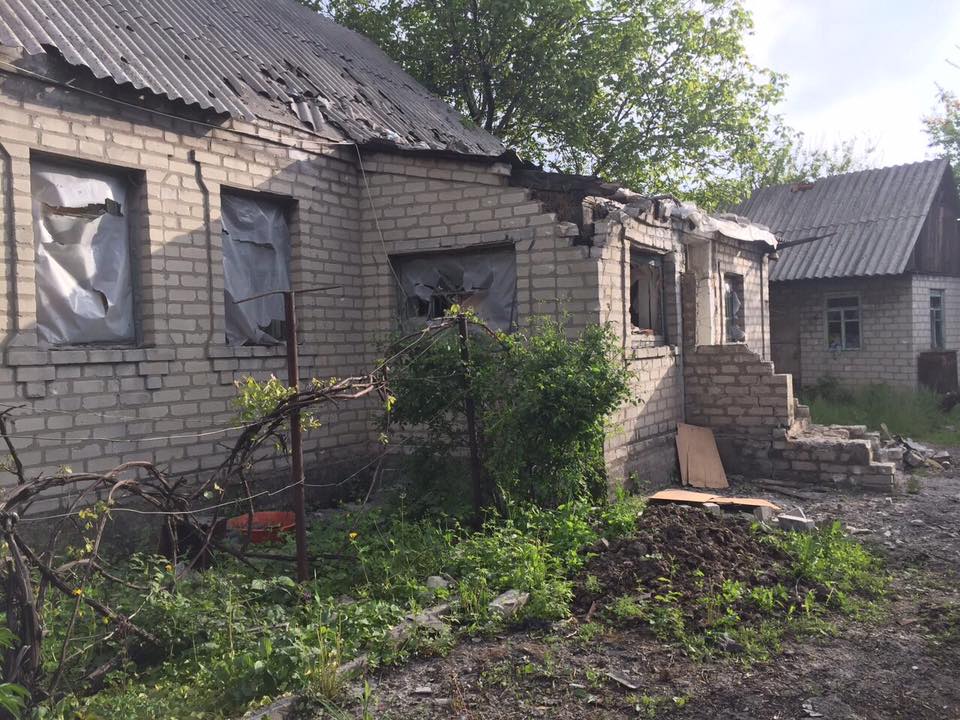 "Rockets have hit houses at 96 Kolosova Street and 3 Levanevskoho Street. Fortunately, no one was injured there, [but] at 45 Lermontova Street, a male was wounded in the head," deputy chief of the National Police of Ukraine and chief of the local police in Donetsk region Viacheslav Abroskin wrote on Facebook on Tuesday, May 23.

Read alsoDonetska water filtration station comes under militant 120mm mortar fire Investigators from the Avdiyivka police station are working on the spot at the moment.

Abroskin later updated the post, reporting that 10 houses in Avdiyivka's old part had been damaged in the attack as of 17:30 local time on Tuesday: two houses on Kolosova Street, two houses on Lermontova Street, five houses on Levanevskoho Street, and one on Shevchenka Street.

The wounded man was rushed to hospital and was undergoing surgery.

According to a correspondent of the Ukrainian TV news service, who was on the scene of the crime, the attack most probably came from the town of Yasynuvata, which has been controlled by the self-proclaimed Donetsk People's Republic since 2014.

The Grad-P portable model of large-diameter rocket launchers, also known as Partizan, was developed during the Soviet times at the request of the Democratic Republic of Vietnam. Large-scale production was launched at the Russian-based Kovrov mechanical plant in 1965, the first batch for export was shipped in spring 1966.

Over 1,380 Grad-P launchers were manufactured from 1965 to 1972. At least 955 units were exported to Vietnam. Among other countries that operate Grad-P launchers are Egypt, Iran, China, Cuba, Syria and others.

The Brussels-based European multimedia news platform EU Reporter claims this type of weaponry is being manufactured by the Kovrov armorers in the Russian-occupied territory of Donbas.