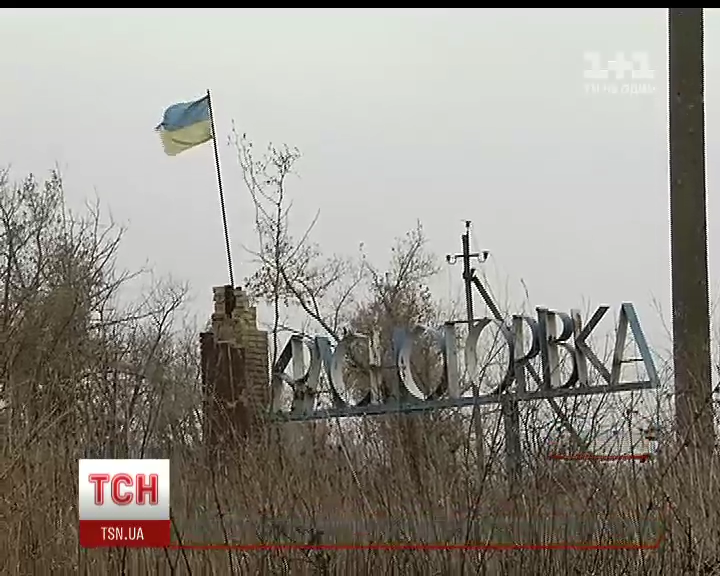 "According to an update, the attack has destroyed the district hospital's building, a block of Luhansk National Agrarian University's Donetsky training division at 2a Nakhimova Street, as well as two houses in a residential district," the ATO HQ reported in the early hours of Friday, May 26.

As the ATO HQ reported earlier, the Ukrainian members of the Joint Center for Control and Coordination (JCCC) regarding the ceasefire in Donbas reported that Russia's hybrid military forces continued shelling Ukrainian-controlled towns and civil infrastructure facilities along the contact line. Their recent attack on civilians was aimed at a hospital in the town of Krasnohorivka in Donetsk region.

"Late on May 25, separatists again attacked a residential area of the town of Krasnohorivka, having used large-caliber weaponry banned by the Minsk agreements," the ATO HQ wrote on its Facebook on Thursday evening with reference to the JCCC.

Read alsoUkraine reports 4 WIAs amid 55 enemy attacks in last day"Patients and doctors haven't been injured, but the windows of the building have been broken," it gave details about the Thursday attack.

The JCCC's Ukrainian members say they consider such attacks by illegal armed formations of the self-proclaimed Donetsk People's Republic to be gross violations of the Minsk peace agreements. They explicitly fail to fulfill the commitments undertaken within the Minsk Trilateral Contact Group, and the violations are evidence that they deliberately plan and commit terror attacks on civilians in Ukraine.

If you see a spelling error on our site, select it and press Ctrl+Enter
Tags:warDonbasPutinAtWarKrasnohorivka