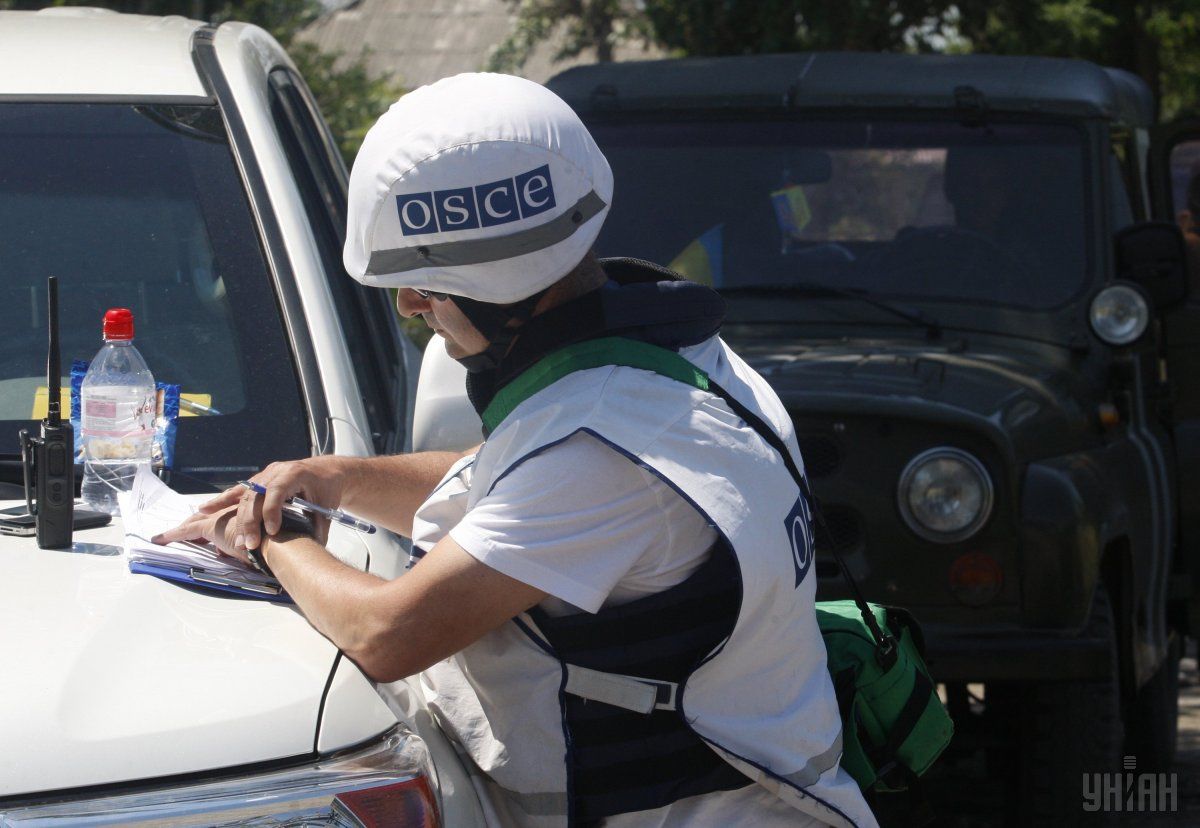 "The SMM continued to monitor the withdrawal of weapons, in implementation of the Memorandum, the Package of Measures and its Addendum," the SMM said in a report based on information received as of 19:30 local time on May 24, 2017.

Read alsoOSCE envoy Sajdik: Number of civilians killed in Donbas more than doubles"On May 23, in non-government-controlled areas, the SMM saw an anti-aircraft gun (ZU-23) mounted on a military truck (Ural-type) in the western outskirts of Luhansk city heading east on road M04 and, in the same location on 24 May, five IFVs (BTR-type) heading north; and an armoured personnel carrier (APC) (MT-LB) in Zaichenko (93km south of Donetsk). Aerial imagery revealed on 23 May three ACVs (type unknown) near Sokilnyky (38km north-west of Luhansk)," the mission said.

Read alsoOSCE: "DPR" members instructed to deny SMM passage"In 'LPR'-controlled area south of Stanytsia Luhanska bridge, the SMM continued to observe, the remnants of a 82mm mortar and of a rocket of a multiple launch rocket system (BM-21 Grad, 122mm) on the tarmac road 250m north of the Prince Ihor monument," reads the report.

If you see a spelling error on our site, select it and press Ctrl+Enter
Tags:DonbasRussianAggressionOSCESMMMinskAgreementsGvozdika