The first convoy was last filmed when entering Millerovo and likely was on its way to a temporary military base in Millerovo, while Buk 332 was later transported to the Russia-Ukraine border near Donetsk, Russia and from there into Ukraine. The second convoy likely headed further to a military camp southwest of Kamensk-Shakhtinsky.

Read alsoBellingcat discovers pre-MH17 photograph of Buk 332This new report focuses on the drivers of the June and July 2014 Buk convoy trucks and, in particular, the truck that transported Buk 332. The truck has the license plate ‘4267 AH 50’ and its trailer has the license plate ‘XP 4679 50.’ This report also describes additional possible drivers of the truck(s) that could have transported Buk 332 from Millerovo to the Russia-Ukraine border. Bellingcat has discovered that trucks of the same military unit (11385) and an additional group of drivers were present in Millerovo around mid-July 2014. In September 2014, several trucks of unit 11385 were in Millerovo, again accompanied by a different group of drivers, although some of them took part in previous driver groups as well. Apart from this finding, also previously undiscovered videos are detailed of the same truck and trailer that transported Buk 332, filmed at the end of July 2014, transporting a tank, which was later seen in the Luhansk Oblast in Ukraine. 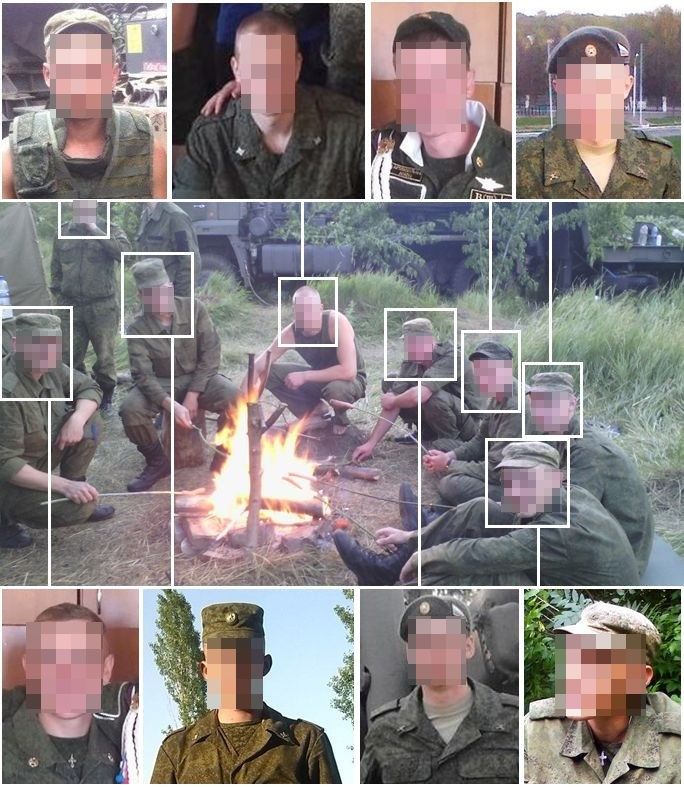 Seven soldier-drivers were identified from photographs by Dmitry Z. one of the soldier-drivers (one soldier’s photograph found, but not identified), who very likely were drivers in the 23-25 June 2014 Buk convoy that transported Buk 332 from Kursk to Millerovo.

Several group photographs identified additional soldier-drivers who might have been involved in the transport of Buk unit vehicles in the 23-25 June 2014 Buk convoy.

Read alsoRussian journalist presents exclusive proof of "Khmuryi" involvement in MH17 downing (Video)The names of the soldier-drivers in the report have been changed to pseudonyms to protect their identities and all faces of soldier-drivers in the photographs have been blurred for the same reason. The name of Dmitry Z. was not changed, because he already was described in Bellingcat’s 2015 report about the involvement of the 69th Separate Logistics Brigade in the transportation of military equipment to the Russia-Ukraine border and the June and July 2014 Buk convoys.

If you see a spelling error on our site, select it and press Ctrl+Enter
Tags:investigationMH17BukBellingcatconvoytrucksdrivers