The OSCE Special Monitoring Mission (SMM) to Ukraine has recorded almost 680 explosions on June 6, according to its regular update based on information received as of 19:30 local time on June 6, 2017. 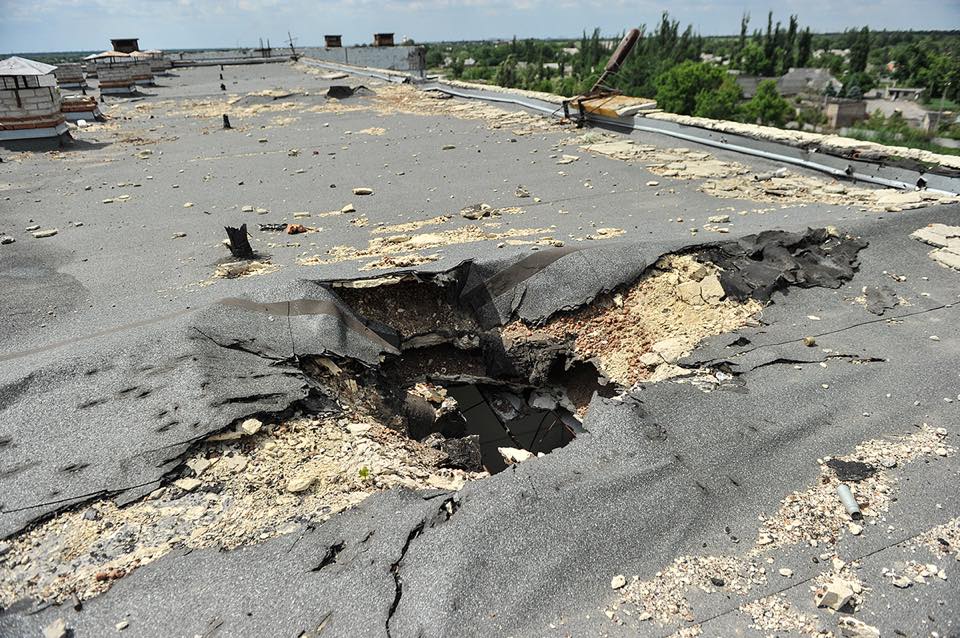 In Luhansk region, the SMM recorded more than eight times the number of explosions / facebook.com/oleksandr.turchynov

"In Luhansk region the SMM recorded more ceasefire violations, including 600 explosions, compared with 75 in the previous reporting period [June 5]," the monitors reported on June 7.

In Luhansk region, the SMM recorded more ceasefire violations and more than eight times the number of explosions.

Read alsoEscalation in Donbas: Ukraine reports 2 KIA's, 11 WIA's on June 7"On June 6, positioned in “LPR”-controlled Sentianivka (formerly Frunze, 44km west of Luhansk), in about one hour, the SMM heard about 480 explosions (outgoing and impacts) assessed as artillery fire (unknown calibre) and about 1,700 bursts of heavy-machine-gun fire, 2-12km at distances ranging from north-west to north-east. The SMM also heard three explosions assessed as impacts of mortar rounds (type undetermined) 250m north-west," the report said.

However, there were fewer explosions in Donetsk region.

"The SMM recorded fewer ceasefire violations in Donetsk region, including fewer explosions (about 80), compared with 350 in the previous reporting period," it said.

If you see a spelling error on our site, select it and press Ctrl+Enter
Tags: #war#Donbas#OSCE#PutinAtWar
Latest news