As a result of the battles for the village of Zholobok, the 93rd Brigade advanced in the area of Slovianoserbskiy Curve, Ukrainian military journalist and editor-in-chief of Censor.NET Yuriy Butusov wrote on Facebook. 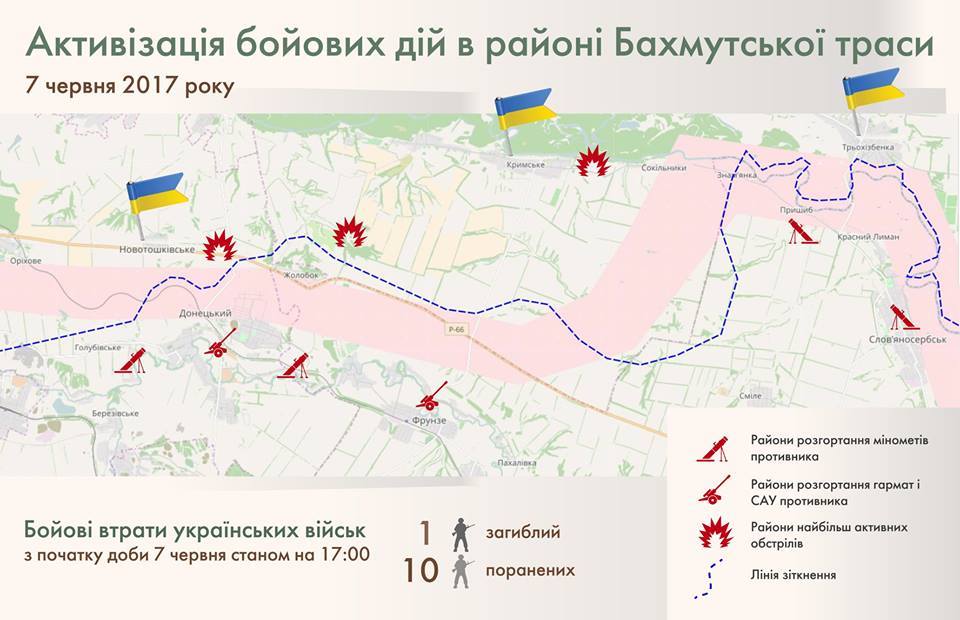 The journalist said the outbreak of hostilities in the village of Zholobok of Luhansk region on June 6 caused panic in Russian propaganda media over the advance of the Ukrainian Armed Forces.

Under the terms of the truce, this territory was supposed to remain under control of government forces. However, the Russian command repeatedly carried out attacks to cut off the curve, occupy the village of Krymske, and approach the Siverskiy Donets river.

"On June 1-6, 2017, the assault groups of the 1st and 2nd Battalions of the 93rd Brigade occupied the height of 150.3 and the northern outskirts of the village of Zholobok," the journalist said.

Read alsoUkraine reports 45 enemy attacks, 1 KIA, 6 WIAs in last dayHe noted that the enemy had suffered serious losses and failed to hinder the advance of the Ukrainian army.

"The enemy's artillery and reserves entered the battle after the Ukrainian combat groups had gained a foothold on new frontiers, but they failed to thwart the offensive of the 93rd Brigade or dislodge our troops from the retaken positions," Butusov said.

As of June 8, the shootings subsided and the situation has come to a standstill. Information on allegedly five KIAs among Ukrainian soldiers on June 7 turned out to be false.

If you see a spelling error on our site, select it and press Ctrl+Enter
Tags: #ATO#Donbas#Ukraine#RussianAggression#AFU
Latest news