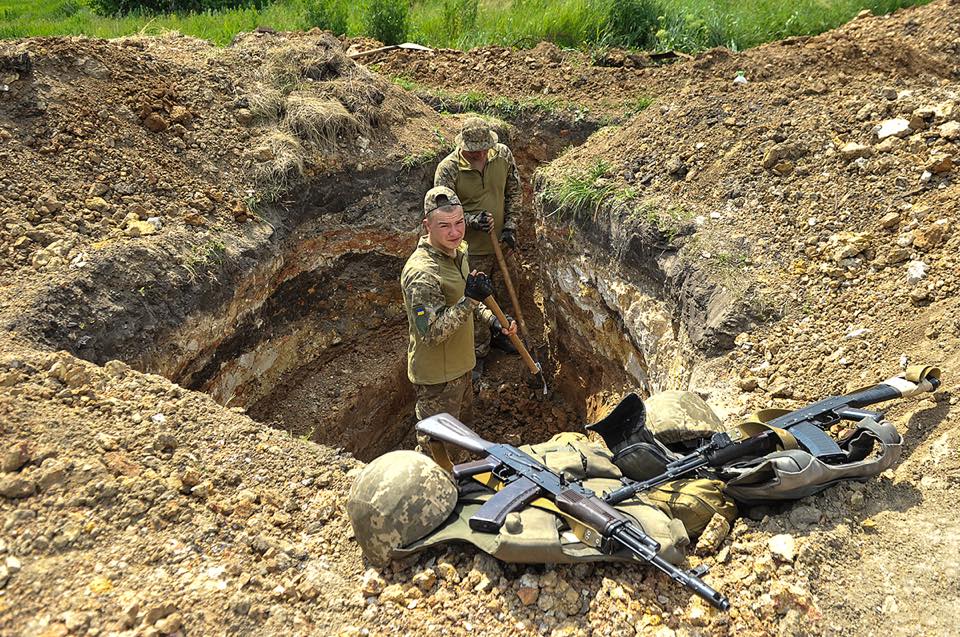 The largest number of enemy's violations of the ceasefire was recorded in the Mariupol sector. Afternoon, the militants fired 120mm mortar on the Ukrainian fortified positions near the village of Bohdanivka. Later, they used 82mm mortars, tripod-mounted man-portable antitank guns, and heavy machine guns against the defenders of the town of Krasnohorivka. In addition, the invaders repeatedly opened fire from grenade launchers and small arms of various calibers on the ATO strongholds near the villages of Shyrokyne, Vodiane, Pavlopil, and Chermalyk.

Read alsoDonbas militants attack Ukraine 28 times on June 11 – ATO HQIn the Donetsk sector, the town of Avdiyivka remained to be a hot spot, where the enemy intensively shelled the Ukrainian fortified positions, using tanks and 120mm mortars. The Ukrainian soldiers near the village of Kamianka came under fire from heavy machine guns. The Russian-backed militants also fired grenade launchers of various modifications on the Ukrainian positions stationed near the village of Pisky from the vicinities of the temporarily occupied Donetsk.

Less powerful armed provocations were recorded in the Luhansk sector. In the morning, the militants opened fire from grenade launchers and heavy machine guns on the Ukrainian soldiers near the village of Novotoshkivske. An enemy sniper was also active there. Moreover, the militants used the antitank missile system against theATO positions near the village of Krymske.

If you see a spelling error on our site, select it and press Ctrl+Enter
Tags:ATODonbasmilitantsattack