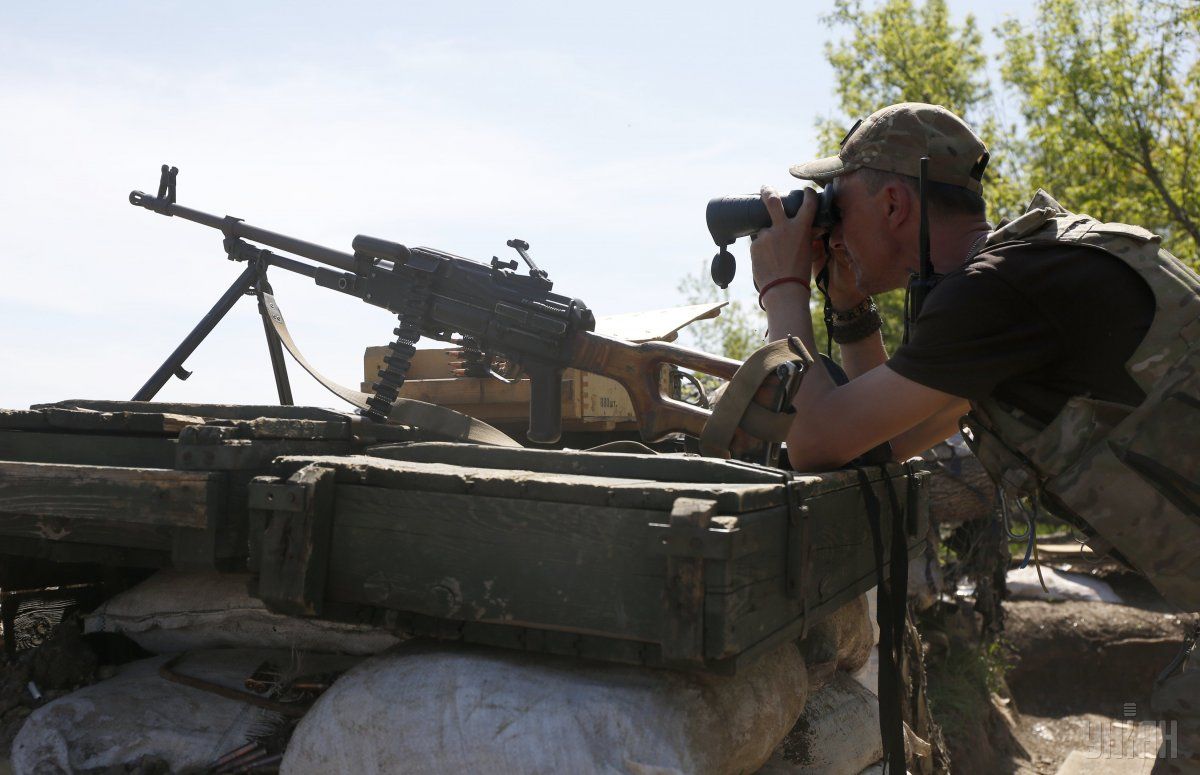 Over half of all enemy armed provocations were recorded in the Mariupol sector. At dawn, the militants launched 120mm mortar rounds on the Ukrainian fortified positions near the villages of Pavlopil and Chermalyk. In the same areas, as well as in the vicinity of Shyrokyne, Vodiane, and Talakivka, the illegal armed groups repeatedly opened fire from grenade launchers, heavy machine guns, and small arms.

Read alsoOSCE: 47 civilians killed, 222 injured in Donbas year to dateAt night, the occupiers fired heavy machine guns on one of the ATO strongholds on the outskirts of Avdiyivka. Subsequently, the enemy opened fire twice from 120mm and 82mm mortars, grenade launchers and small arms of various calibers on the Ukrainian soldiers stationed near the village of Kamianka. Afternoon, the ATO strong points near the village of Luhanske at Svitlodarska Duha bulge came under enemy fire from grenade launchers and heavy machine guns.

Three instances of ceasefire violations by the Russian proxies were recorded in the Luhansk sector. In particular, at about 22:00 Kyiv time, the militants launched almost a dozen 120mm mortar rounds on the Ukrainian strongholds near the village of Krymske. The enemy also used a tripod-mounted man-portable antitank gun in the vicinity of Katerynivka, while small arms near the village of Novo-Oleksandrivka.

If you see a spelling error on our site, select it and press Ctrl+Enter
Tags:RussiaATODonbasmilitantsdefenders