Residential areas of the Ukrainian-controlled town of Maryinka in Donbas have again come under fire after Russia's hybrid military forces mounted an attack on Ukrainian army positions at about 11:00 local time on Thursday, June 22, according to the press service of the Anti-Terrorist Operation (ATO) Headquarters. 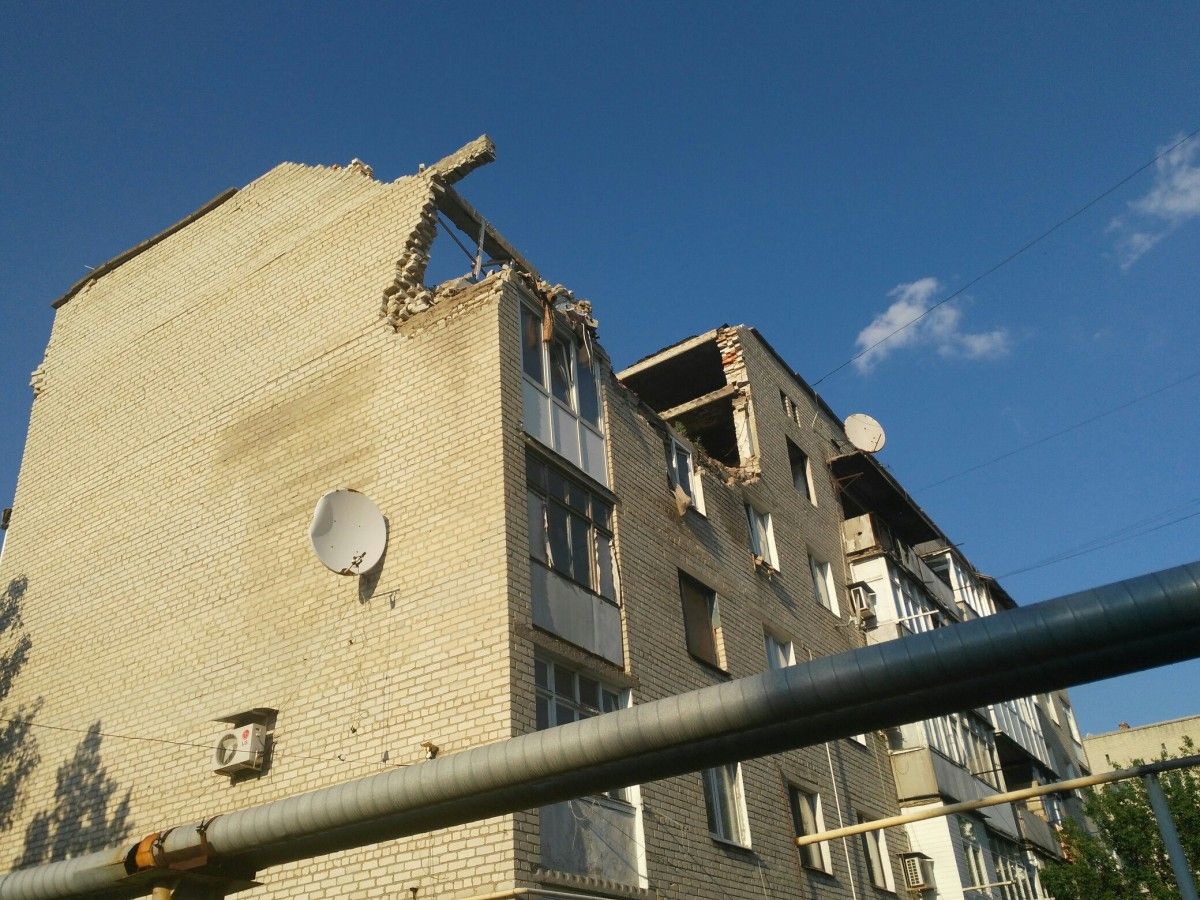 "Several shells hit a residential house on Sadovyi Lane. As a result of the attack, the building was damaged and a 43-year-old woman was wounded," the ATO HQ reported on Facebook with reference to the Joint Center for Control and Coordination (JCCC) of the Ceasefire in Donbas.

Read alsoDonbas war update: 35 attacks on Ukraine, enemy shelling along entire contact line on WedThe victim was rushed to hospital in the town of Kurakhove in Donetsk region. She has shrapnel wounds to the right forearm and the left thigh, the report said.

Doctors assess her condition as a state of moderate severity, the ATO HQ said.

Information about other victims and damages to civilian facilities is being verified.

"Such actions by the leaders of the self-proclaimed Donetsk People's Republic signal that they are interested in further escalation of the conflict, demonstrate reluctance to observe the ceasefire regime and the intentional failure to comply with the Minsk accords," the Ukrainian side said.

If you see a spelling error on our site, select it and press Ctrl+Enter
Tags: #Russia#war#Donbas#RussianAggression#PutinAtWar#Maryinka
Latest news