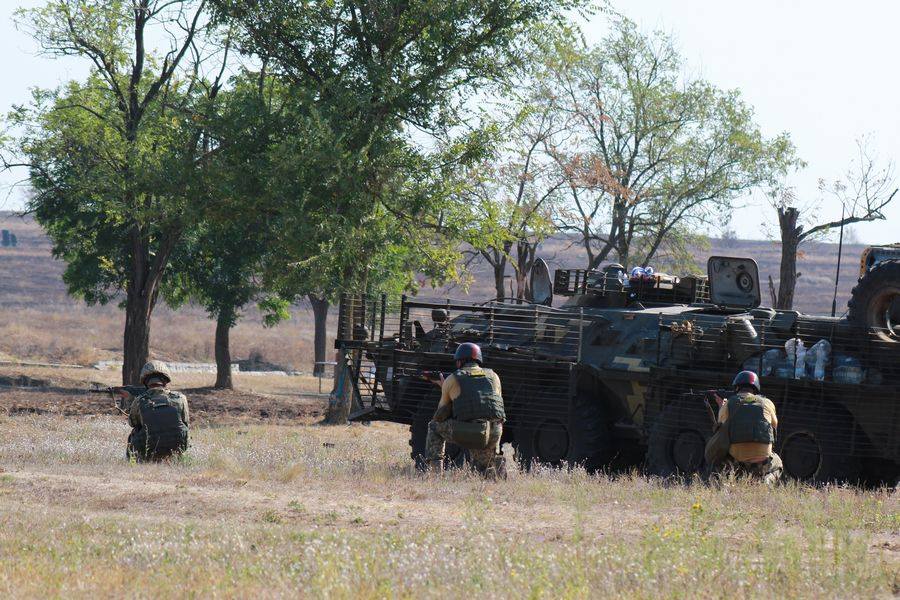 In the Mariupol sector, the enemy opened fire on Ukrainian fortified positions seven times yesterday. In the evening, illegal armed groups used small arms against Ukrainian troops stationed near the villages of Pavlopil, Lebedynske, Hnutove and Shyrokyne, as well as heavy machine guns near the village of Vodiane. In addition, the enemy used automatic grenade launchers against the defenders of Hnutove and Lebedynske in the morning and afternoon.

"The Donetsk sector. Yesterday before dawn, the Russian occupation forces shelled the Ukrainian positions near the town of Avdiyivka, and the villages of Opytne and Zaitseve, using grenade launchers of various modifications, heavy machine guns, and sometimes infantry fighting vehicles were engaged. In fact, the enemy armed provocations took place after dark along these segments of the demarcation line," the ATO HQ said and explained that first the invaders opened fire from grenade launchers and heavy machine guns on the Ukrainian defenders of Avdiyivka. Later, using infantry fighting vehicles and small arms, the Russian-backed mercenaries attacked one of the Ukrainian fortified positions near the village of Zaitseve. In total, six enemy violations of the ceasefire were recorded in this direction during the past day.

Read alsoRussia deploys over 60,000 troops along Ukraine border, in Crimea, Donbas – Def. MinistryThe situation in the Luhansk sector was the quietest yesterday.

"Here, the units of the Russian-terrorist troops violated the ceasefire only twice. In the afternoon, the Ukrainian fortified positions near the village of Kriakivka came under enemy fire from grenade launchers and cannons of infantry fighting vehicles. Late in the evening, the militants fired small arms of various calibers and grenade launchers at one of the Ukrainian units near the village of Stanytsia Luhanska," the press service said.

"No Ukrainian soldiers were killed or wounded in action yesterday," the ATO HQ added.