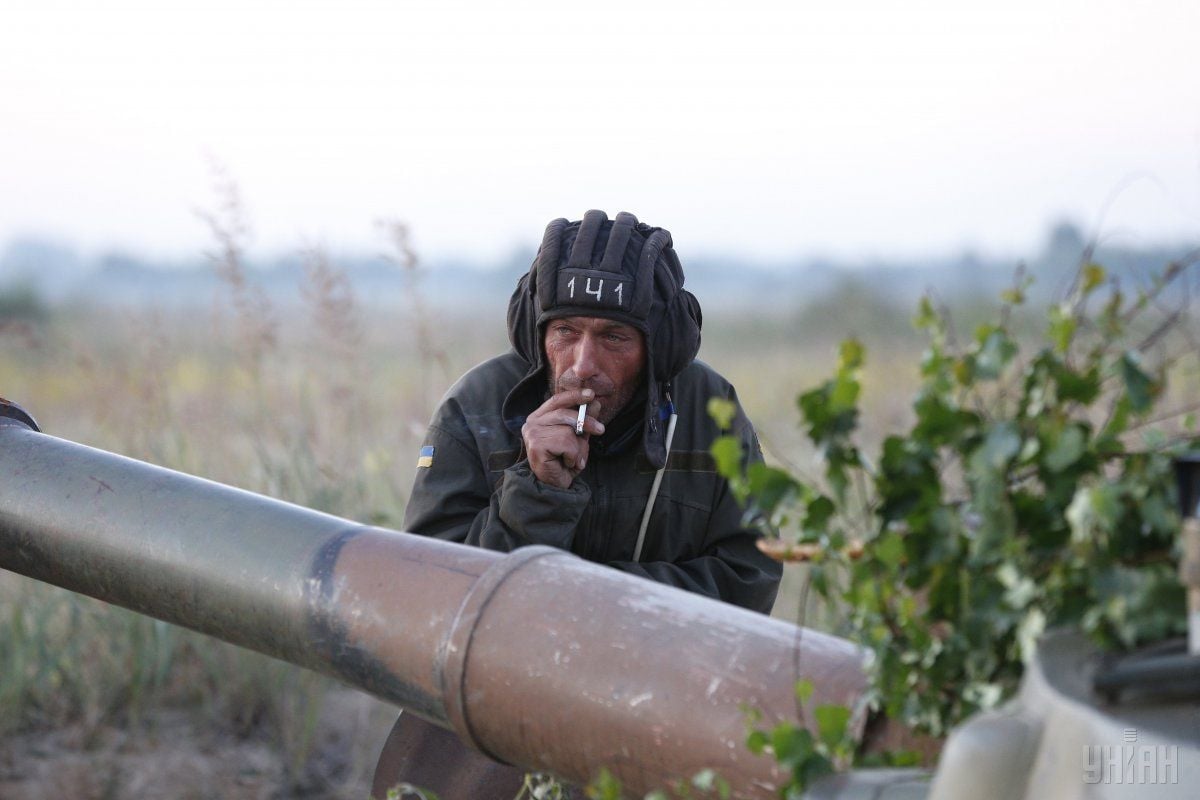 The enemy was most active in the Donetsk sector in the past day.

"The Russian occupation forces used banned 120mm mortars once near the village of Pisky. The remaining seven armed provocations in this area were committed by the invaders in the vicinity of the town of Avdiyivka, where the enemy repeatedly fired grenade launchers of various modifications, heavy machine guns, small arms day and night, and once used an anti-aircraft gun to shell the Ukrainian positions," the ATO HQ said.

Read alsoRussian proxies attack Ukraine 15 times in last dayThe least number of attacks was recorded in the Luhansk sector in the last day.

"The Russian-backed illegal armed groups did not use weapons at all in the morning and afternoon. However, in the evening, the mercenaries first shelled one of our fortified positions near the village of Luhanske, using small arms of various calibers. Later, they lobbed nearly half a dozen 82mm shells, targeting the defenders of the village of Krymske," the report said.

"As a result of the hostilities, one Ukrainian soldier was injured, while another one suffered battle trauma yesterday. Both servicemen were promptly hospitalized. The state of their health is satisfactory," the ATO HQ said.