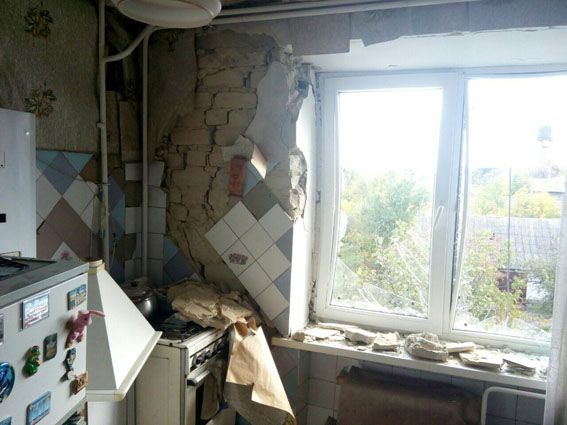 "At about 18:00 local time today, Maryinka's private sector came under fire of the Russian occupation forces, which targeted ATO troops in the Mariupol sector. The enemy used 82mm mortar shells," the ATO said on Facebook on Wednesday, July 12.

"Fortunately, there were no casualties among local residents during the enemy attack. Now representatives of the Joint Center for Control and Coordination (JCCC) and local police are examining and documenting the damage done," it said.

If you see a spelling error on our site, select it and press Ctrl+Enter
Tags:RussiawarDonbasRussianAggressionPutinAtWarDonetskMaryinka