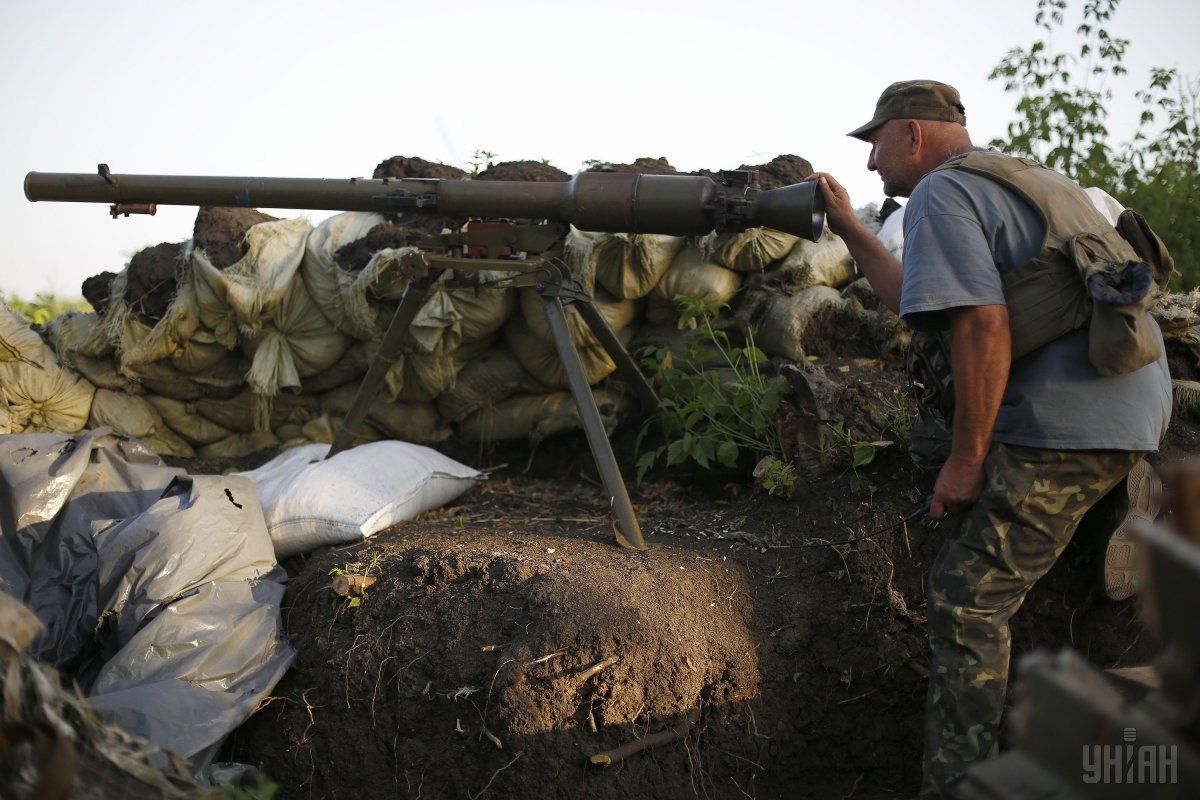 In general, Russian-supported illegal armed groups violated the ceasefire 30 times, while Ukrainian forces reported 1 KIA and 1 WIA as of 6:00 July 13, the ATO HQ wrote on Facebook.

At about 17:00 and 23:00 July 12, on the Donetsk line, the enemy shelled Ukrainian positions in Troitske from grenade launchers and fired from heavy machine guns, small arms, and weapons installed on infantry fighting vehicles four times from the village of Kalynove. In addition, militants used 120mm and 82mm mortars, banned by the Minsk Agreements. ATO forces returned fire from small arms and grenade launchers. At about 18:00 and 23:00, the gangs fired at Ukrainian strong points in the area of Avdiyivka.

Read alsoUkraine's Maryinka repeatedly attacked on Wednesday, buildings on fireMariupol direction was another hotbed last night. Militants opened fire on the villages of Berezove and Novomykhailivka from 82mm mortars. The enemy also fired grenade launchers, heavy machine guns and small arms were fired on Krasnohorivka, Talakivka, Vodiane, Hnutove, and Pavlopil. At about 21:00 as a result of shelling from an 82mm mortar of one of Ukraine’s strong points in the village of Maryinka, a Ukrainian military was wounded.

It should be stressed that the same evening, the enemy once again deliberately fired on the residential quarters of Marynka using mortars and machine guns, which led to house fires and more destruction in the residential area.

On the Luhansk line, after 18:00, militants fired on Novozvanivka three times, using small arms and grenade launchers. And almost at 21:00 the enemy launched  five 120mm mortar shells on Stanytsia Luhanska.

If you see a spelling error on our site, select it and press Ctrl+Enter
Tags:ATODonbasUkrainecasualtiesRussianAggression