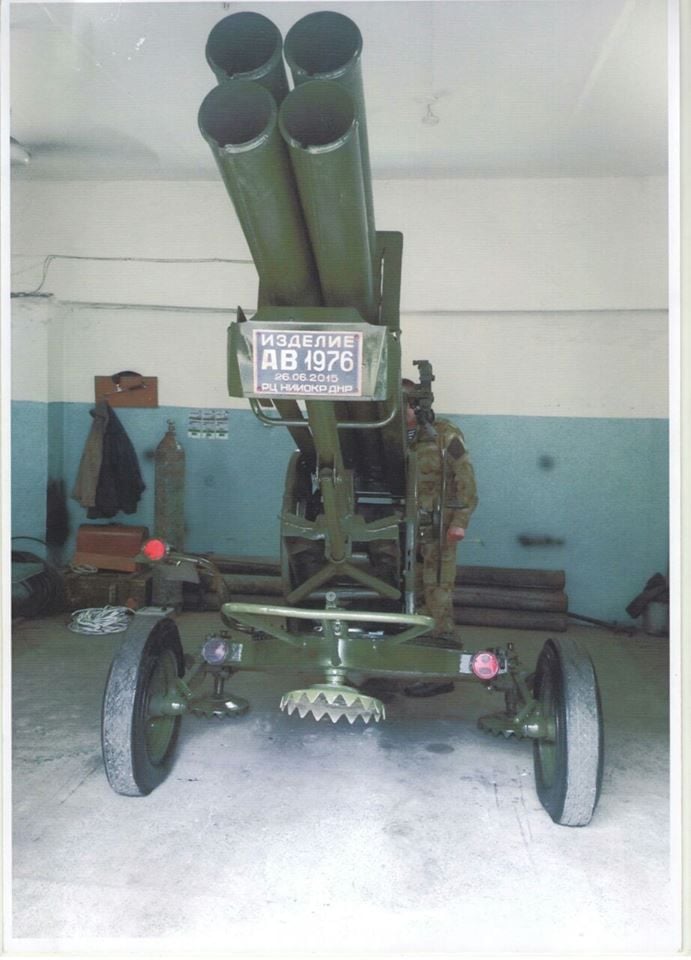 "The JCCC's Ukrainian team has received data that mobile four-barrel [Grad-type] rocket launchers developed by the so-called Republican R&D Center of the 'DPR' in 2015," it said on Facebook on Monday, July 24.

Read alsoUkraine army's heaviest casualties in past day: 9 KIA's, 5 WIA's in DonbasOne of such launchers was used by Russian-backed militants for shelling of Ukrainian troops stationed near the town of Krasnohorivka on July 20, 2017.

"Given the results of its use for combat, it is likely that this type of MLRS will often be used by the 'DPR' militants in mounting attacks on towns and villages, as well as ATO forces' positions soon, despite the fact that the use of rocket launchers is strictly prohibited by the Minsk agreements," the ATO HQ said.

Read alsoMilitants blocking OSCE SMM access to occupied NovoazovskThe Ukrainian team handed available photos and videos with this equipment over to the OSCE Special Monitoring Mission to Ukraine. The Ukrainian side says it hopes this will help to better identify unknown types of weapons in occupied areas in Donetsk and Luhansk regions, eastern Ukraine.

"The use of such weapons by illegal armed formations of the 'DPR' is evidence that the Minsk agreements are gravely violated along with militants' frank unwillingness to adhere to own obligations under the Minsk Trilateral Contact Group, while consciously planning and committing acts of terrorism against civilians," the report says.

If you see a spelling error on our site, select it and press Ctrl+Enter
Tags:RussiaDonbasDPRRussianAggression