ATO HQ update: One Ukrainian soldier killed, seven wounded amid 14 attacks in Donbas in past day 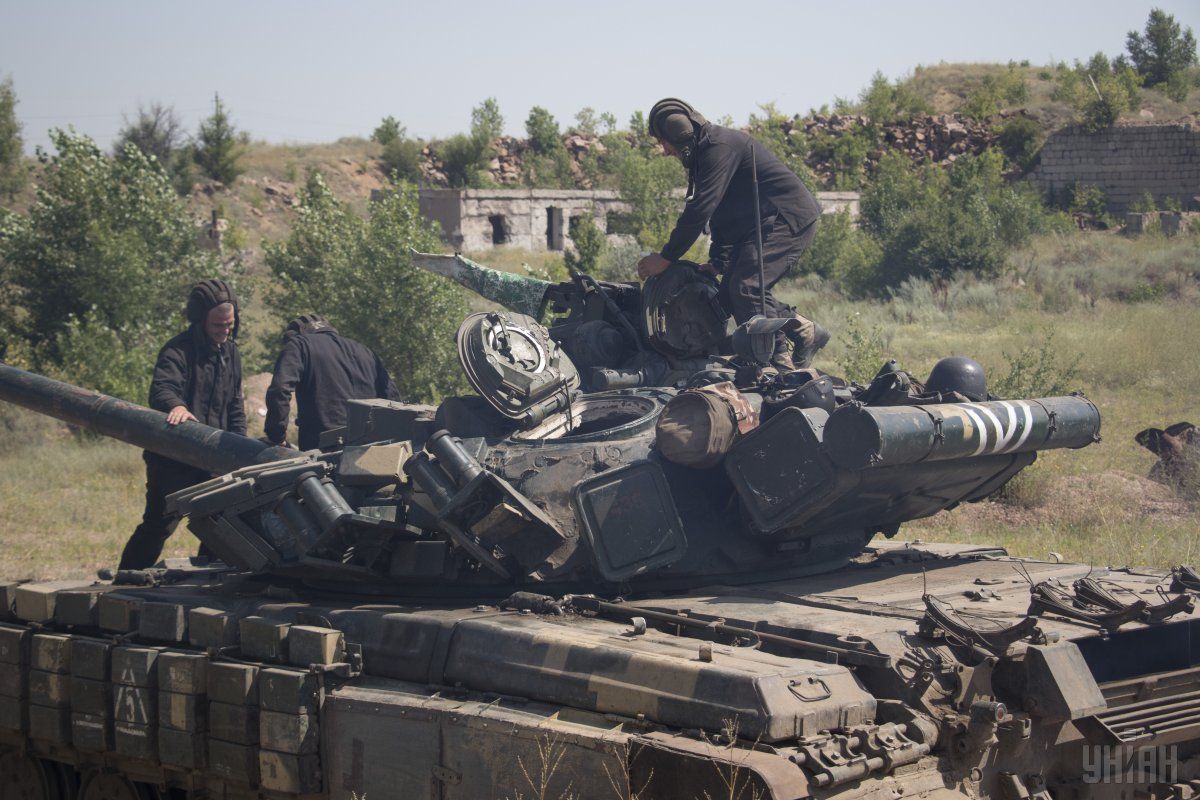 "Most of the violations were recorded in the Donetsk sector in the evening and at night. The enemy used grenade launchers, mortars, large-caliber machine guns and an anti-aircraft weapon to attack ATO forces near the town of Avdiyivka and the village of Kamyanka three times. Grenade launchers and small arms were used to fire on the village of Pisky and the Butivka coal mine. Ukrainian troops densely fired back in response to each attack, persistently compelling the attackers to observe the ceasefire," the ATO HQ said.

Read alsoShelling of Krasnohorivka: One soldier killed, six woundedRussian-backed illegal armed formations in the Luhansk sector used large-caliber machine guns to fire at Ukrainian strongholds near the village of Stanytsia Luhanska. The village of Novozvanivka in the same sector was attacked by an infantry fighting vehicle at about midnight.

The village of Bohdanivka, which was under attack for almost one hour, was a hot spot in the Mariupol sector. Militants used grenade launchers and small arms to fire on Ukrainian troops there.

As UNIAN reported earlier, Ukrainian defenders of Avdiyivka have been repeatedly informed in the past days about a possible enemy attack to retake the stronghold which the Ukrainian army took control of in winter.

If you see a spelling error on our site, select it and press Ctrl+Enter
Tags:warDonbasRussianAggressionKIAWIAPutinAtWar