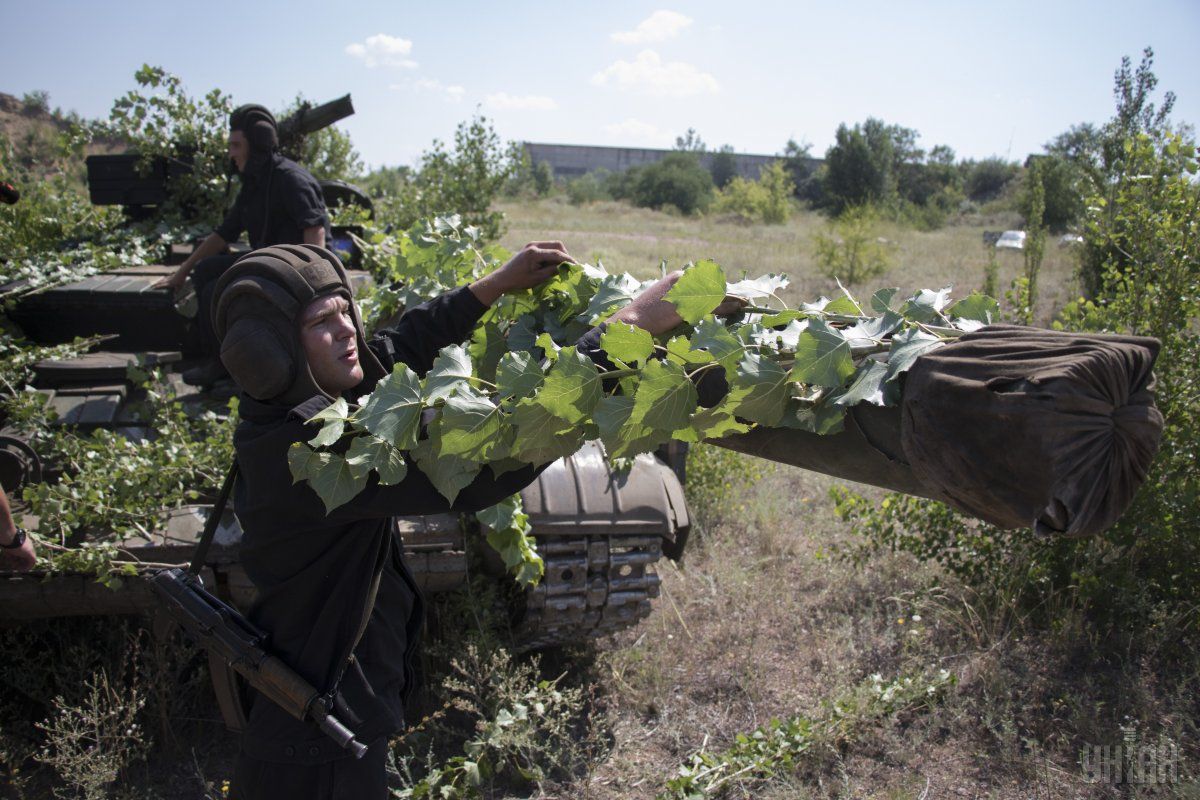 In the Mariupol direction, after 18:00 on Sunday, fortified positions of the Ukrainian forces near Vodiane came under enemy fire. In this area, militants used 82mm mortars, grenade launchers, and small arms, leaving one Ukrainian soldier wounded.

In addition, positions near Shyrokiny and Pavlopil were shelled from a 120mm mortar. At about 21:00, another Ukrainian soldier was wounded as a result of an enemy shelling of a strongpoint in the Novotroyitske area.

At about 22:00, terrorists fired at least 18 shells from the rocket fire system near Shyrokine.

On the Luhansk line, two strongholds near Novo-oleksandrivka and Novotoshkovske were hit twice from small arms and automatic grenade launchers.

"In general, over the past day, the enemy has violated ceasefire 18 times. Two Ukrainian defenders were wounded," the headquarters wrote on Facebook.

As UNIAN reported earlier, the terrorists have already started hauling property of local residents out of Donbas into Russia. The Ukrainian intelligence also reported that diesel fuel had been stolen systemically  in one of the units of the so-called 2nd separate motorized rifle brigade of the 2nd Army Corps (Luhansk).

If you see a spelling error on our site, select it and press Ctrl+Enter
Tags:ATODonbasUkrainecasualtiesRussianAggressionhybridwar