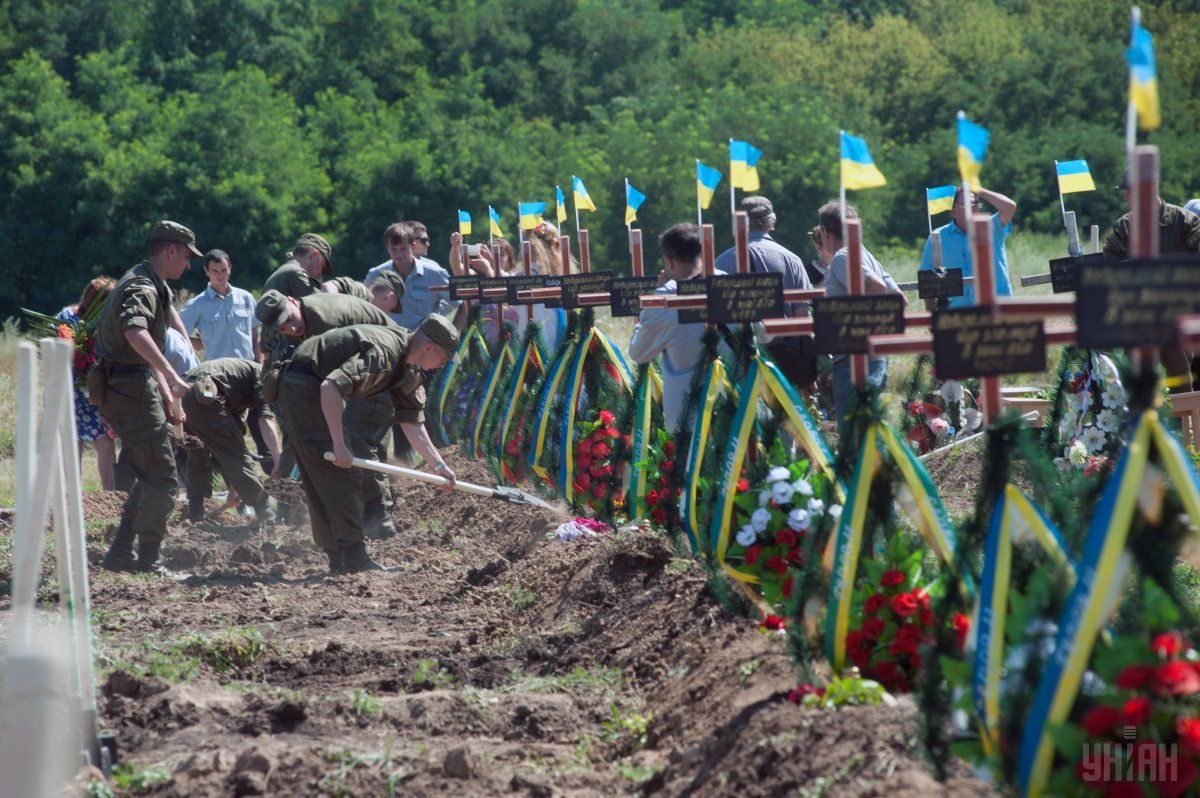 The decision to cleanse the town of Ilovaisk of terrorist forces was made against the background of previously successful combat missions, in order to establish control over the supply routes and to potentially allow to encircle and liberate the terrorist stronghold of Donetsk, the PGO says.

However, simultaneously with the operation start, a massive invasion of Russian troops took place, that’s on the night of August 24, 2014. The invasion grouping of the Russian armed forces consisted of nine battalion-tactical groups: 3,500 personnel; up to 60 tanks; up to 320 infantry fighting vehicles; up to 60 artillery pieces; up to 45 mortars; five antitank guided missile systems.

Due to the fact that the enemy contingent significantly prevailed over the Ukrainian forces, government troops were eventually surrounded.

Read alsoRada investigative commission: About 1,000 soldiers killed in Ilovaisk battleKyiv’s military leadership was negotiating with the Russian side on the safe withdrawal of Ukrainian soldiers from the Ilovaisk area on the agreed routes. In turn, Russian military leadership has guaranteed safety of such withdrawal, the report says.

Three captured Russian paratroopers, who were to be handed over to the representatives of the armed forces of the Russian Federation once the Ukrainian forces had withdrawn, were seen as an additional guarantee of their safe retreat.

"Under the circumstances mentioned, 366 Ukrainian soldiers were treacherously assassinated; another 429 suffered wounds of varying severity, while 300 were captured. The Armed Forces of Ukraine suffered significant losses of arms and military equipment worth almost UAH 300 million," the PGO said.

For the sake of the investigation’s objectivity, forensic experts probed the impact on the combat readiness of the ATO forces of the military parade in Kyiv on August 24, 2014 on the occasion of the 23rd anniversary of Independence Day.

"It has been established that holding a military parade has not affected combat readiness of the ATO forces, since the event involved units almost completely staffed by conscripts and cadets from military academies," the document says.

In general, the study of the circumstances of the Ilovaisk tragedy has been completed. At the same time, the final procedural decision in criminal proceedings will be taken after the completion of interrogations of every Ukrainian serviceman in question on the circumstances of the Ilovaisk tragedy and the commission of war crimes by Russian military forces, namely the treacherous killing of the Ukrainian military during their withdrawal from the encirclement, the failure to provide medical treatment to the wounded and leaving them in a helpless state, the shooting of prisoners, their ill-treatment. The PGO vows to bring to justice all those responsible.

Read alsoUkraine forces in Ilovaisk outnumbered by enemy by 18 times"According to the experts' conclusions and a set of other evidence received, the only factor that caused the Ilovaisk tragedy is the military aggression by the Armed Forces of the Russian Federation in the form of direct invasion of the territory of Ukraine," the document says.

Based on the results of the investigation and the evidence collected, First Deputy Chief of the General Staff of the Armed Forces of the Russian Federation Nikolay Bogdanovsky has been served a suspicion notice on committing criminal offenses under Part 3 Article 110 (encroachment on the territorial integrity and inviolability of Ukraine), Part 2 Article 437 (conducting an aggressive war), Part 2 Article 438 (violation of laws and customs of war, combined with intentional murder) of the Criminal Code of Ukraine. The military chief personally commanded and controlled the units of the Russian armed forces units during their invasion of Ukraine in August 2014, and together with other individuals organized the killings of the Ukrainian military near Ilovaisk.

If you see a spelling error on our site, select it and press Ctrl+Enter
Tags:RussiaATODonbasUkraineinvestigationRussianAggressionhybridwarPGOreportIlovaisk