The OSCE Special Monitoring Mission (SMM) to Ukraine has recorded fewer ceasefire violations in both Donetsk and Luhansk regions compared with the previous 24 hours, following the recommitment to the ceasefire. 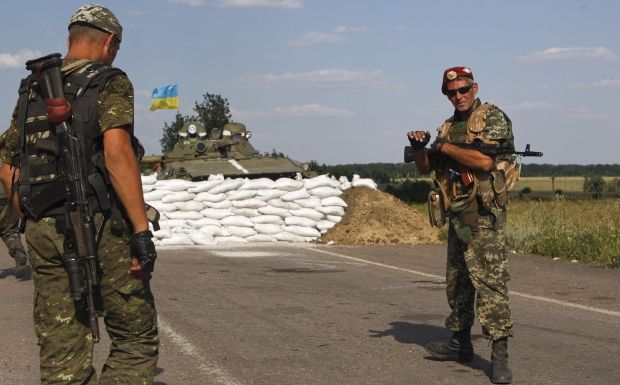 "In Donetsk region, the SMM recorded fewer ceasefire violations, including 70 explosions, compared with the previous 24 hours (about 140 explosions). About 70 per cent of these violations were recorded between 00:00 and 19:30 on August 25, mostly in the area between government-controlled Avdiyivka (17km north of Donetsk) and 'DPR'-controlled Yasynuvata (16km north-east of Donetsk)," the OSCE SMM said in an update based on information as of 19:30 local time as of August 25, 2017.

"In Luhansk region, the SMM recorded fewer ceasefire violations (one explosion and three shots), compared with the previous 24 hours (about 70 explosions)," the report reads.

"On August 25, the SMM, for the first time, saw 25 anti-tank mines in a field about 2.5m north of road H15 about 600m west-north-west of the Ukrainian Armed Forces entry-exit checkpoint near government-controlled Maryinka (23km south-west of Donetsk)," the SMM said.

The SMM also recorded violations of the withdrawal of weapons in the militant-controlled territories.

If you see a spelling error on our site, select it and press Ctrl+Enter
Tags: #Donbas#OSCE#ceasefire
Latest news